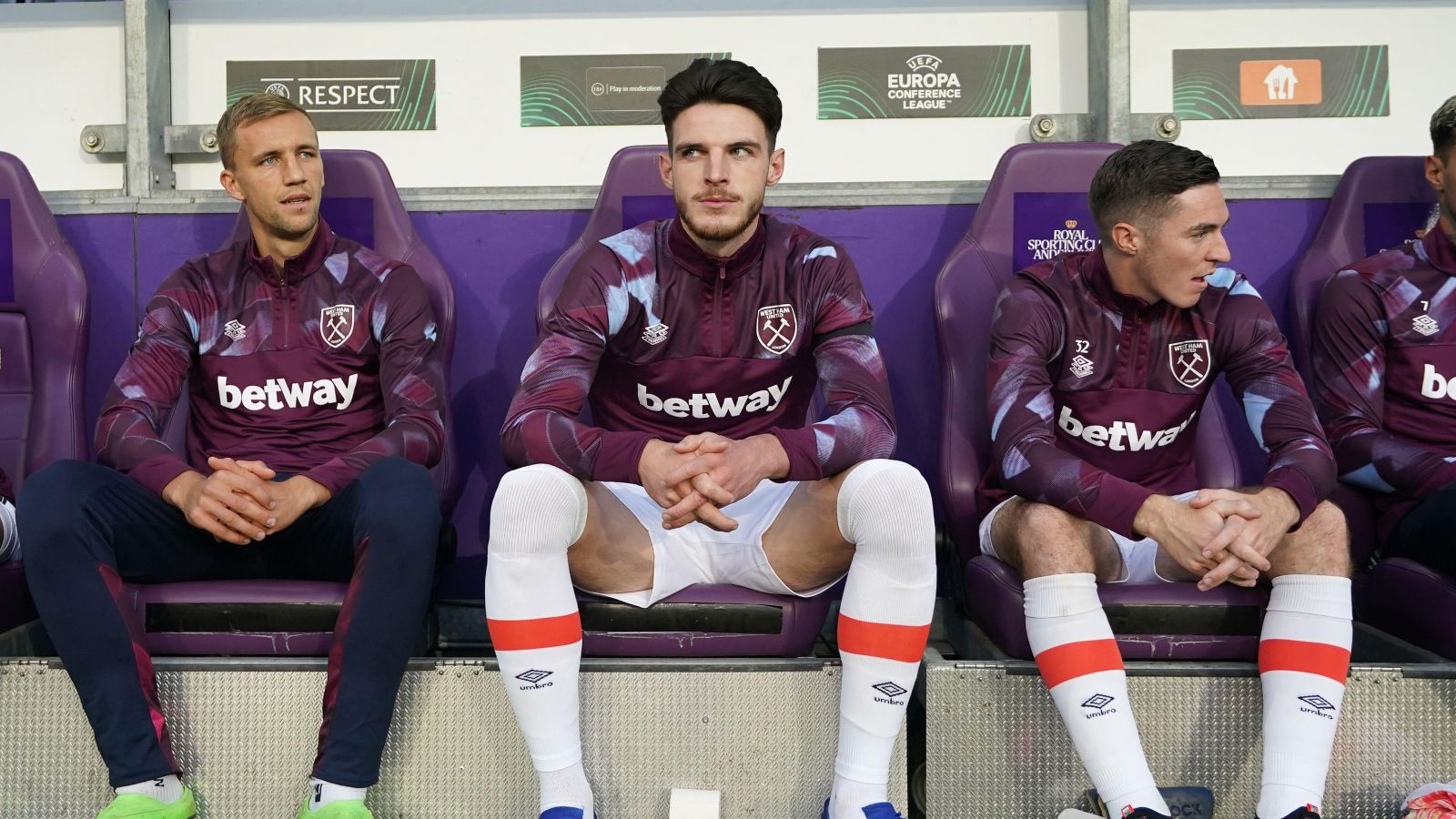 Chelsea have been told that they need to “bite the bullet and pay whatever” is needed to sign Declan Rice from West Ham United.

It is well-known that Rice had a spell with Chelsea as a youth player. He was let go as a teenager and he was quickly snapped up by West Ham.

Releasing the 23-year-old has proven to be a potentially costly error for Chelsea as he has grown to be one of the best midfielders in the Premier League.

Rice is also one of England’s most important players ahead of this winter’s World Cup in Qatar.

West Ham are important to Rice as they afforded him the platform to grow into the player he is today.

But it feels like only a matter of time before he does leave to join a team who regularly competes in the Champions League.

Chelsea have been consistently linked with him over the past couple of years. In the summer, they were priced out of a move with West Ham demanding as much as £150m.

Though a move could be back on next year as Rice’s current contract at West Ham is set to expire in 2024.

The Hammers will therefore not be able to demand as significant a fee as their player enters the final year of his contract.

Chelsea are considered the favourite to sign. Their need to sign a new midfielder may increase next summer as N’Golo Kante is due to be out of contract.

The World Cup winner will be out of action for a further four months after undergoing surgery. He has not featured for Chelsea since August.

Ex-Liverpool midfielder Danny Murphy thinks Kante would have signed a new deal already if he was going to remain at Chelsea.

He has also claimed that Rice would be a “simple solution” for Chelsea.

“There’s a simple solution for Chelsea moving forward, looking to the future, which is you’ve got one of the best holding players in Declan Rice,” Murphy told talkSPORT.

“He loves Chelsea. He’s the one to take his role, he’s capable and would be there for the rest of his career.

“They’ll have to bite the bullet and pay whatever it is. That’s the solution to replace Kante.”

Murphy added: “I imagine if [Kante would] be staying then it’d be done. I very rarely see a player get to the last year of his contract.

“The lad at Villa [Douglas] Luiz did it and just signed a new one.

“You know how good he is. It would be done if he was saying.”

READ MORE: Top 10 greatest Premier League goalscorers of all time before Haaland smashes them all