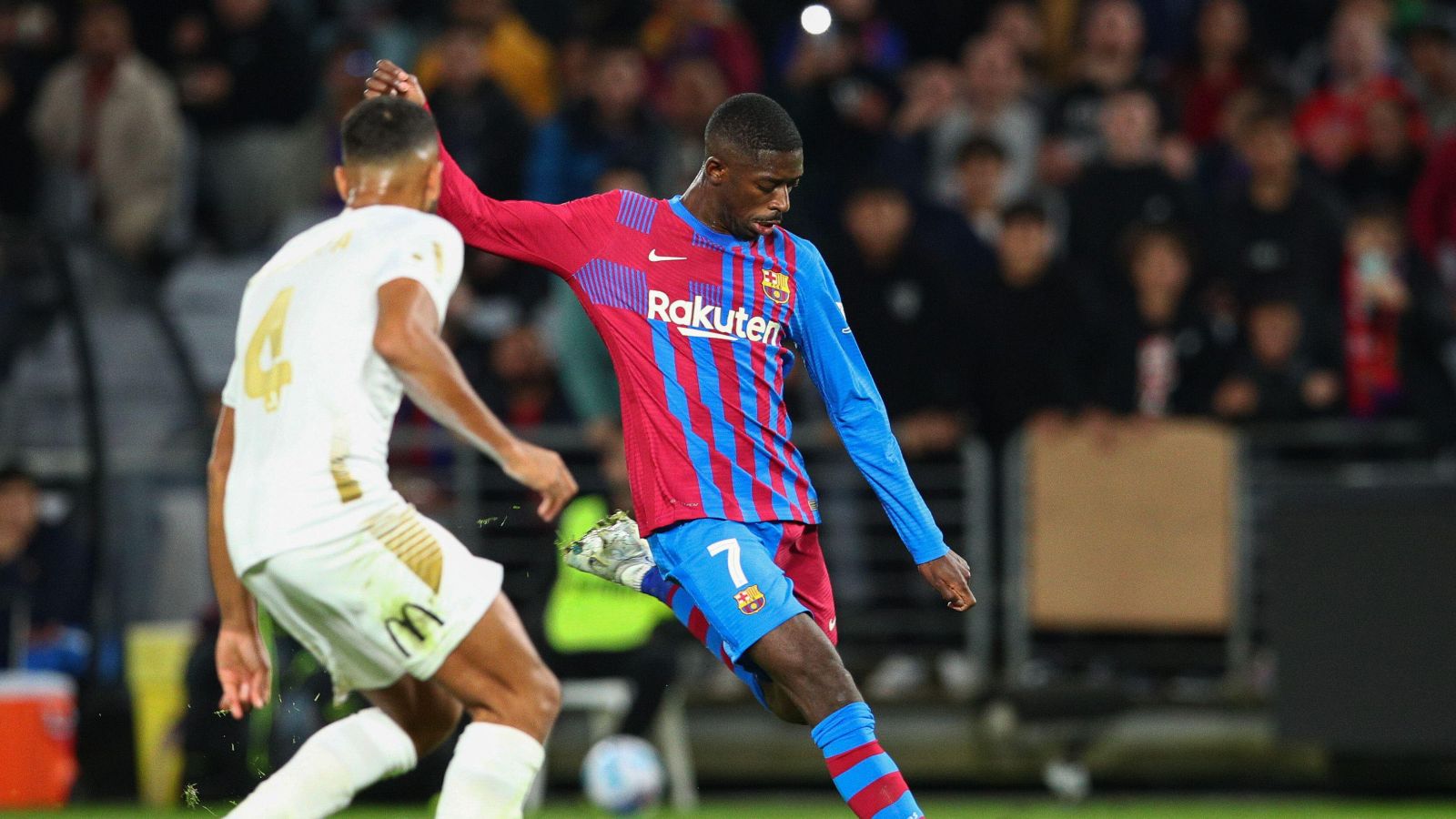 Chelsea have been told that they should target FC Barcelona winger Ousmane Dembele this summer as it would be “clever business” to sign him.

Barcelona splashed out an initial fee of £89m to sign the attacker in 2017 from Borussia Dortmund.

This move has not gone to plan for the player or club. He only netted twice in 32 outings for the La Liga side during the 2021/22 season.

The 25-year-old is out of contract later this month and is yet to commit his future to Barcelona.

Chelsea are understood to be interested in him. They were handed a boost earlier this week as PSG pulled out of the race to sign the Frenchman.

Ex-England defender Glen Johnson played 71 times for Chelsea. He thinks it “makes absolute sense” for the Blues to sign Dembele:

“I believe it’s a no-brainer,” Johnson told bettingodds.com (via The Express).

“You’ve got to do some clever business. You can’t just go out and spend top dollar for all the best players.

“If you can get players on the cheap or on a free then it makes absolute sense. You have to think, what would Dembele cost if he had four years left on his contract? So yes, I think if that sort of deal becomes available then you have to jump at it.”

Johnson went onto suggest that it would be “best for both parties” if Romelu Lukaku leaves Chelsea:

“I personally would want to go again next season and prove myself. But I feel with Lukaku that he’s had a whole season to show that sort of courage and he hasn’t.