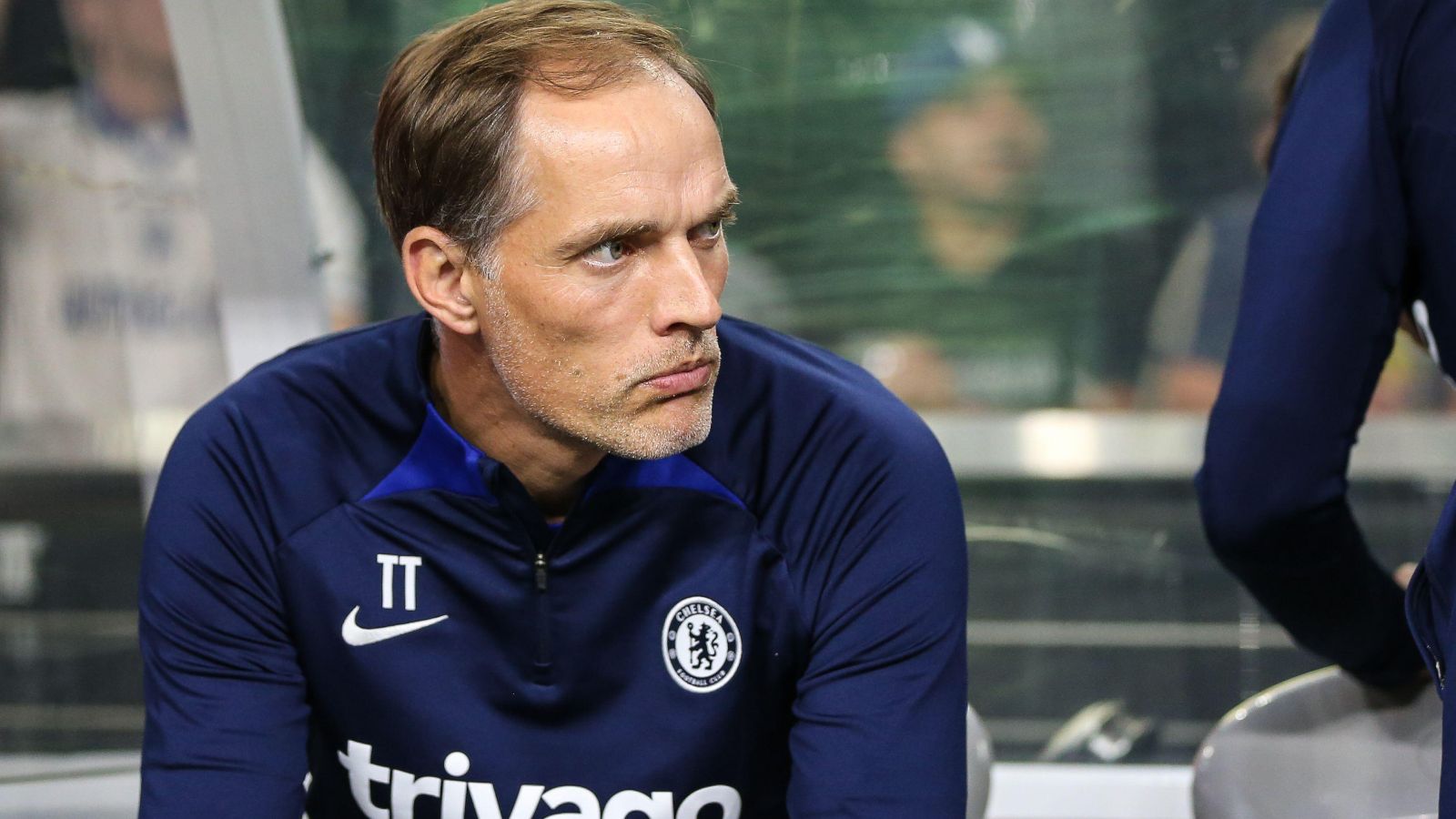 Chelse can ‘kiss the title goodbye’ if they sign the two centre-backs they’re linked with, according to Glen Johnson.

Thomas Tuchel is looking to rebuild his defence following the departures of Antonio Rudiger and Andreas Christensen at the end of their contracts.

MEDIAWATCH: Lingard is earning £80k or £200k a week and Gallagher has blown his Chelsea chance

The Blues could also lose both Cesar Azpilicueta and Marcos Alonso, who have been linked with moves to Barcelona.

Chelsea have already signed Kalidou Koulibaly from Napoli for £33m but are reportedly looking to add a further two centre-backs to their ranks ahead of the new season.

They are said to have agreed a £55m fee with Sevilla for Jules Kounde, who is expected to make the move to Stamford Bridge, and there are also widespread reports of Tuchel’s interest in Presnel Kimpembe, whom Paris Saint-Germain are said to be willing to part with for £42m.

But Johnson believes buying all their new centre-backs from abroad could hamper Chelsea, as at least “one of them is going to be a flop”.

He told Bettingodds.com (via Daily Star): “If they’ve almost got a brand new defence then that could hamper them initially.

“However, if they can get players with Premier League experience, then it might not hinder them as much. If you get a couple of players that don’t know the Premier League and they all can’t gel at once then that may potentially lose them the fight.

“If you sign four players from outside the Premier League for example, then one of them is going to flop. That’s just a fact. You’re not going to get four new defenders that are going to be 10 out of 10 from the moment they arrive.

“If they buy a number of defenders without Premier League experience, then they can kiss the title goodbye straight away.”

Azpilicueta may end up missing out on his desired move to Barcelona as Tuchel has grown frustrated with the La Liga giants.

Tuchel said: “Maybe I’m a little bit annoyed with Barça. But I do my best for Chelsea. I said that to Azpilicueta, he doesn’t like it – but he understands.

“It is also about us and the comparison of how much we fought for Koulibaly[…] We have a Spanish international player, captain for Chelsea and I see it on the same level but Barcelona does not see it on that level so I’m not sure if I want to give Azpi what he wants.”