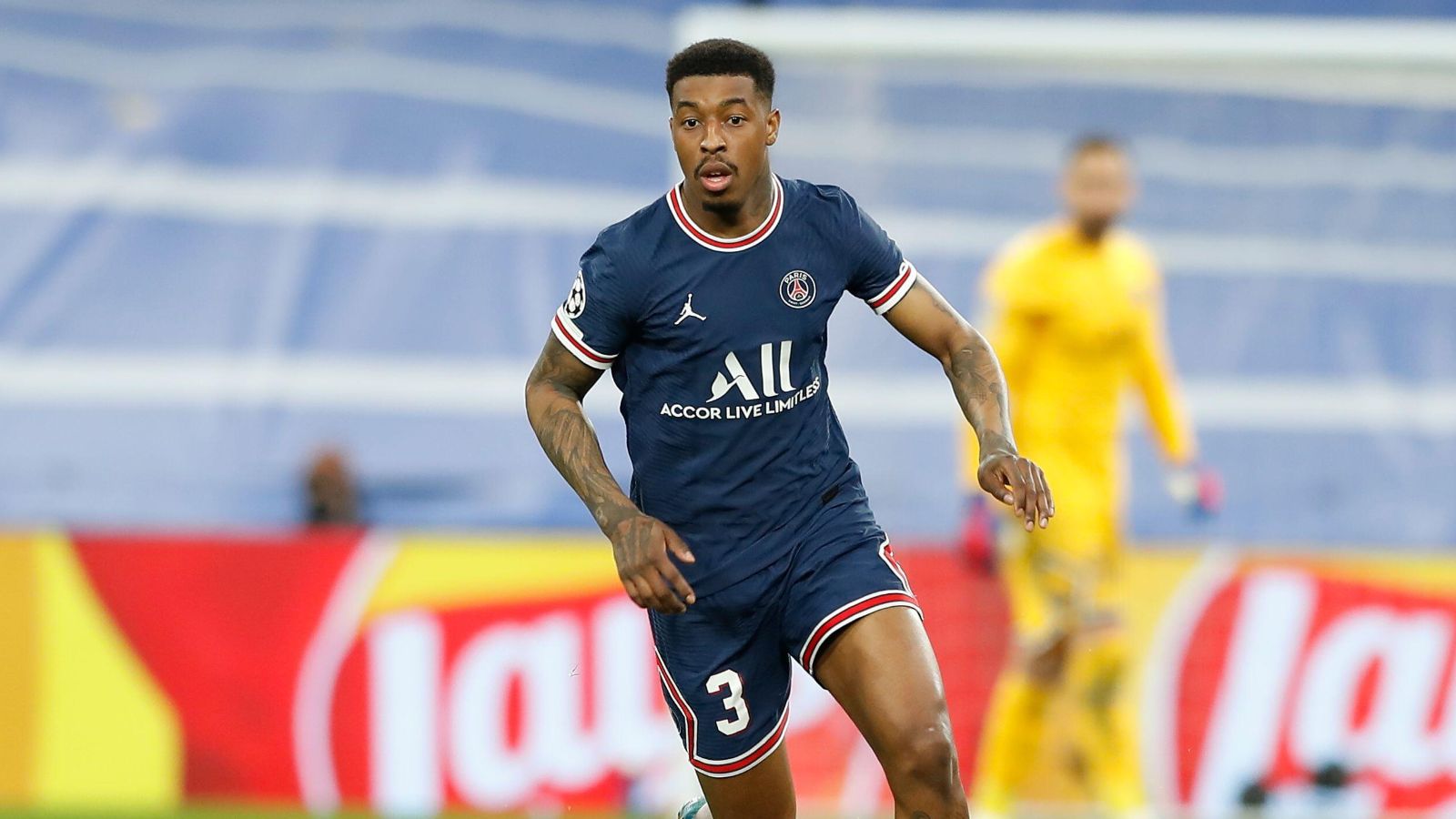 According to reports, PSG have set their asking price for defender Presnel Kimpembe at £43m amid interest from Chelsea and Juventus.

Antonio Rudiger and Andreas Christensen have left the club so the Blues are in the market for a new centre-back this summer.

They have been linked with the likes of Jules Kounde, Mathijs de Ligt and Kalidou Koulibaly.

Kimpembe progressed through the ranks at PSG and he made his senior debut for them during the 2014/15 campaign.

The centre-back has been a key player for his boyhood club over the past few seasons. He has also been capped 28 times for France.

The 26-year-old is out of contract in 2024 and PSG are ‘considering selling him’, according to Foot Mercato.

Chelsea and Juventus have been named as the clubs interested in signing Kimpembe. It is being reported that the Ligue 1 side have ‘set their asking price at €50m (£43m)’ for him this summer.

Lukaku has returned to Inter Milan on loan until the end of the season after his £97.5m transfer to Chelsea last summer.

The Belgium international only scored eight Premier League goals as Chelsea finished third in the Premier League and he was criticised for his performances throughout the campaign.

Pogba has also sealed a move away from Man Utd with the France international set to join Juventus on a free transfer after running his deal down at Old Trafford.

The Frenchman was seen as a negative influence around Old Trafford by many, going back to his high-profile spat with former Man Utd boss Jose Mourinho.

“Good riddance, that’s what I say,” Warnock said on talkSPORT.

“I think both of them are all about ‘me, me, me’ and not the team or the club. They’re the type who score a goal, kiss the badge and then they’ve transferred next week.

“Yes, Lukaku scored a couple of a good goals, but his teammates will be far better without him. The manager is quite lucky because he hasn’t got to worry about him. I think Tuchel will be quite pleased about it.”