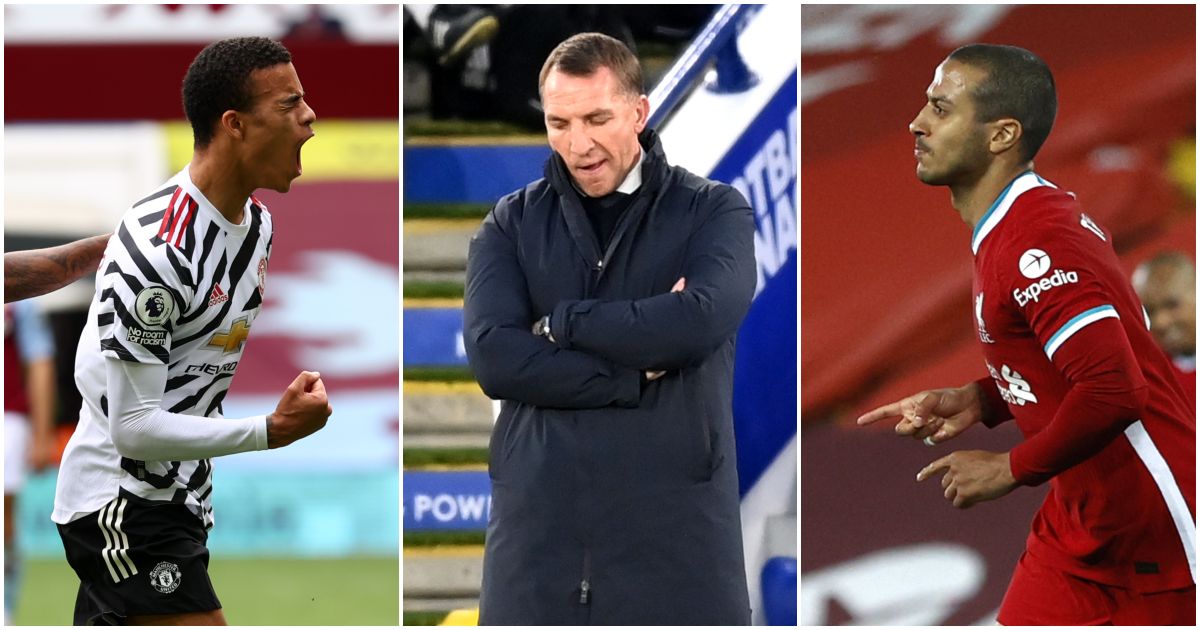 Chelsea and Thomas Tuchel
All their dreams are coming true. Let us remember where Chelsea were when Tuchel was appointed: Ninth in the table having lost five of their previous eight matches; still in the FA Cup having beaten Morecambe and Luton Town; still in the Champions League but second favourites to progress against Atletico Madrid.

Now Chelsea are in a domestic final for which they are clear favourites. They have a commanding hold on a top-four place having beaten Manchester City and seen Leicester City stumble and Tottenham fall away. They are in the Champions League final, where they face an opponent that Tuchel has already defeated in two other competitions.

Everything has improved. Chelsea look more threatening going forward after an initially slow start under Tuchel. The difference between their defending is night and day; no team has registered more Premier League clean sheets during Tuchel’s time in England. N’Golo Kante is re-risen, his ability to affect play across the pitch the key difference in Chelsea’s midfield. There is also a new-found fluidity to Chelsea’s attack; their last seven goals have been scored by six different players.

But the standout difference is Tuchel’s big-game record. Last season, Chelsea won one of their eight league fixtures against Manchester United, Manchester City, Liverpool and Leicester, the four other teams in the top five. They were knocked out of the EFL Cup by Arsenal, the FA Cup by Manchester City and the Champions League by Bayern Munich.

Newcastle United’s counter-attacking
This is what we knew Newcastle United could be, whoever the manager was. This was the Newcastle we witnessed in Rafael Benitez’s late tenure, sitting back to soak up pressure and then hitting teams with swift, efficient counter-attacks. Between November and May in Benitez’s final season, Newcastle won eight league games with between 26% and 46% of the ball.

And on Friday night, a perfect mimic of that style. Newcastle had only 31% possession (and did face 25 shots at their own goal) and were ruthless on the counter, taking advantage of some miserable Leicester defending. Too often this season Newcastle have done the sitting back part of that plan without bothering – or managing – to counter attack effectively. That has left them vulnerable to conceding goals and unable to shift onto the front foot early enough. This was different.

Bruce will point to the absence of Allan Saint-Maximin and Callum Wilson for periods of the season, and he has a point. Newcastle have won five and drawn one of the 10 league games that both have started. It’s a small sample size, but 16 points from those 10 games equates to 61 across a whole season, easily enough for a top-half finish.

This must be the platform for next season, when Bruce and Newcastle must stick to this plan not only because it is far better to watch but because it is infinitely more effective than their other strategy of sitting back and waiting for trouble. Oh, and they should sign Joe Willock because he’s scoring so often that I’ve given up repeating his section in here.

Manchester United’s comeback kings
Points-per-game totals of Premier League clubs from matches in which they have conceded the first goal:

Liverpool
They’re still in with a chance, thanks to Leicester soiling themselves on Friday evening and Tottenham now being out of the race. Saturday evening brought a regulation home win over a struggling opponent, but that has hardly been guaranteed recently. This was the first time that Liverpool have won a league game at Anfield by more than a single goal since December 6.

If Manchester United pick a weakened team on Thursday (unfortunately for Liverpool, it seems far more likely that Solskjaer rests players against Leicester), Jurgen Klopp has an opportunity to conjure up Champions League football when that once seemed like a forlorn hope. It wouldn’t make it a successful season, but it would sure make this summer’s work on and off the field easier.

Sadio Mane and Mohamed Salah
They combined to assist and score a goal for the first time in the league this season, unthinkable in September. Reports of an uneasy working relationship seem to carry some weight, but – and it’s stating the bleeding obvious – Mane and Salah clicking in May would make Liverpool far more likely to make the top four.

Everton’s away record
Only Manchester City have more away wins than Everton this season. Which makes their home form a complete season-spoiler.

Leeds United vs the Big Six at home
Marcelo Bielsa has been accused of naivety against the biggest clubs this season – 4-2 defeat to Arsenal, 6-2 to Manchester United, 4-1 to Leicester City and 3-0 to Tottenham. But Leeds’ performance at Elland Road against the Big Six offers an effective retort and suggests that he has become a little more circumspect against those teams. In their six home games against Big Six sides this season, Leeds are unbeaten and have conceded only three goals.

Patrick Bamford
He’s now scored against Liverpool, Chelsea, Leicester and Tottenham this season. Add in a hat-trick against Aston Villa, who were flying high at the time and still have the fifth best defence in the league, and you have a brilliant breakthrough season. Bamford probably won’t make England’s Euro 2020 squad, but the fact that he remains in the conversation is proof that perseverance – from him and from his manager – has paid off handsomely.

Bruno Fernandes
I know he takes penalties, I know he has licence to stay forward, I know Manchester United have played a ludicrous amount of football this season and I know he almost never gets a rest. But Bruno Fernandes has scored 27 goals in all competitions this season. He needs one more to become their highest goalscorer in a season since Robin van Persie in 2012/13.

Dominic Calvert-Lewin
There’s a touch of the Harry Kane to Calvert-Lewin, albeit with less spectacular results: We’ve waited so long for him to revert back to the mean that we might have to accept that this is his new normal.

Leicester City
It’s happening again. Leicester City’s slump last season actually started with 14 games to go. They won three of those 14 matches, including nine points from their last nine, to fall into fifth and the Europa League.

This season, that decline hasn’t been as pronounced. They beat Sheffield United and Brighton consecutively and then did the same against West Brom and Palace. But around those gentler fixtures, Leicester are in freefall. They also failed to beat Southampton when playing the majority of the match against 10 men and on Friday evening capitulated against Newcastle. 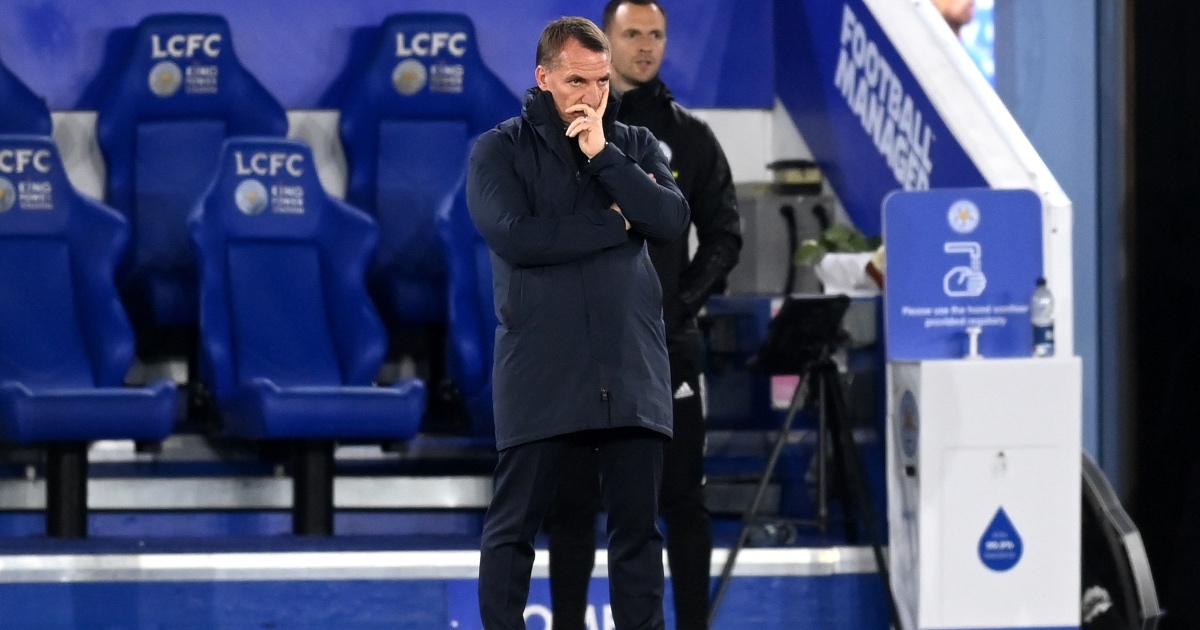 The most worrying aspect of Friday’s performance were the number of shambolic defensive errors after Jonny Evans pulled out in the warm-up. Caglar Soyuncu miscontrolled the ball for the first goal, Timothy Castagne’s back-pass was woefully under hit for the third and Wesley Fofana was beaten in the air by Paul Dummett for the second. If Evans misses any more time, Leicester are in trouble.

Newcastle was the chance for Brendan Rodgers’ side to steal a march on their pursuers. Now Leicester face Manchester United, Chelsea and Tottenham, probably needing five points to be sure of their place in next season’s Champions League. The bookmakers have certainly lost their faith: Leicester are longer odds than Liverpool with a few to finish in the top four.

Ryan Mason
There has been a swell of goodwill towards Mason since his caretaker appointment. He brought Gareth Bale and Dele Alli into the fold and tried to play more attacking football. Being the man to replace Jose Mourinho will always cause a surge of support, but this went further than that. Mason became considered as a serious candidate to get the job on a full-time basis.

That dream is now over, or at least should be. There is no shame in being schooled by Marcelo Bielsa, but this was exactly the type of performance and result that will dissuade Daniel Levy from gambling on a novice. Levy’s next appointment is crucial in winning back the trust of supporters. Now is not the time to roll the dice on an unproven coach, however popular Mason is.

Saturday’s defeat also means that Tottenham will not be in the Champions League next season and may well also miss out on the Europa League. They are currently favourites to finish seventh and so qualify for the inaugural Europa Conference League. Being in the one European competition that nobody wants to be in? How very Spurs.

West Ham
Three defeats in four league games, with this the worst performance of the lot. David Moyes has multiple injuries (with more caused on Sunday), the players look knackered and losing to Everton means that a Europa League yet isn’t guaranteed. It would be damn shame if a season that promised so much ended with a whimper.

Southampton
It’s a bloody good job that Southampton started the season on fire. On December 13, Ralph Hasenhuttl’s team beat Brighton to go third in the Premier League. Since then, they have taken 14 points from 22 matches. To put that into depressing context, that’s two fewer than Sheffield United over the same period.

Sergio Aguero
Aguero will leave as a hero, arguably the greatest goalscorer in Manchester City’s history, but it is becoming easier and easier to say goodbye. He has two league goals in 534 minutes this season and on Saturday fluffed his penalty chance to surely seal the league title. There’s zero chance of him starting the Champions League final if fully fit. Twelve months ago, that would have seemed extraordinary.

Said Benrahma
I thought he would be perfectly suited to the Premier League, but everything just looks a little broken. Hopefully after a full pre-season, West Ham can see the Benrahma they paid £20m for, because we certainly haven’t yet.

Sam Allardyce
After 30 years and 1,057 matches in the business, the last great record of our age has been burned to the ground. Sam Allardyce has been relegated from the Premier League. But he’ll probably be back next season or the one after.