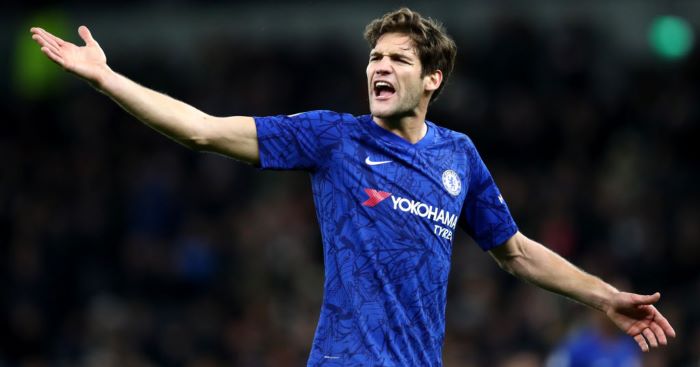 Chelsea are reportedly willing to part with four defenders to raise the transfer fee necessary to sign Ben Chilwell from Leicester.

Frank Lampard is thought to be keen to strengthen the left-back position after securing deals for Hakim Ziyech and Timo Werner.

The England international could cost up to £85million and Lampard will look to raise some of that fund by offloading other members of his squad.

FEATURE: Chelsea have rainy day fund just as it starts p***ing down…

And The Times report that four defenders are available to be sold.

One of the left-backs, Marcos Alonso or Emerson Palmieri, are expected to be shown the Stamford Bridge exit to make room for Chilwell.

And the Chelsea bosses are reportedly also willing to listen to offers for centre-back duo Kurt Zouma and Andreas Christensen.

Zouma is said to have caught the eye of Spurs Jose Mourinho, with the pair having worked together at Stamford Bridge.