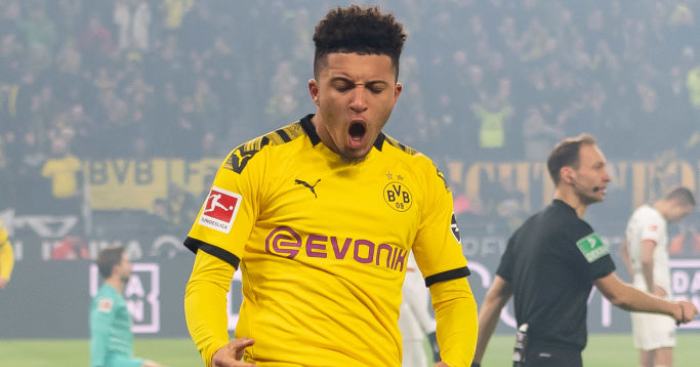 After being banned from making signings last summer and inexplicably refusing to do so of their own accord in January, Chelsea are expected to invest heavily at the end of this season – whenever that actually is.

Hakim Ziyech will join from Ajax in a move that suits all parties, while Sancho is a reported £120m target.

The winger will consider his Dortmund future in due course, with a number of Premier League clubs keen to bring him back to England.

Chelsea legend Terry hopes his former club is part of the race.

“I think the young lads have shown their potential,” he told Frank Khalid.

“We spoke at the start of the season about the likes of Tammy [Abraham] and Mason [Mount] coming into the squad and they’ve shown that they’re capable of playing.

“I think Sancho is one of the best young players in the world at the moment, so he’d be a great addition to Chelsea’s squad.

“It would make us better as well, but the ones that have come through, the Billy Gilmours, Tammy, Mason, Reece [James], it’s endless isnt it? There have been so many positives this season.

“So I think every Chelsea fan, since I came through the ranks, that’s all Chelsea fans wanted to see: the youth-team players and the younger generation coming through and making their first team debuts. We’ve seen that in abundance this year.

“It’s been incredible because we said there was no one better, to give Lamps the job. With Jody Morris as well, he has someone who knows the younger players and works with them at the youth team and U-18 level as well.

“I think it’s been a good mix. I think the expectation has been excellent because the group that they’ve had this year have done really, really well.”