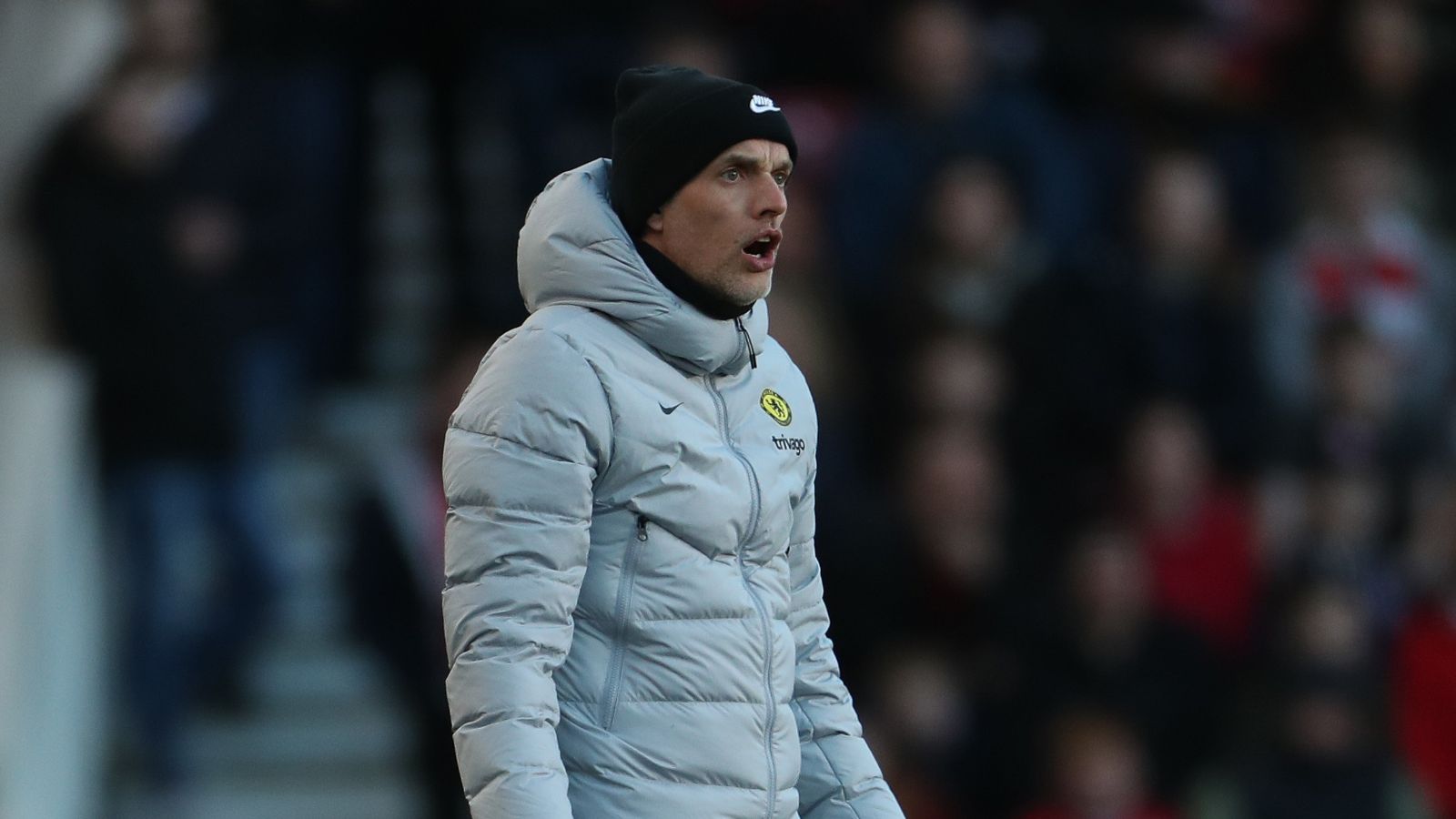 According to reports, Chelsea manager Thomas Tuchel is ‘not being considered’ by Manchester United as they search for a new manager.

The Red Devils have been without a permanent boss since November. Ole Gunnar Solskjaer was sacked following a string of poor results.

He was replaced by Ralf Rangnick. The German is only due to be in charge until the summer. At that point, he will take up a consultancy role behind the scenes.

Earlier this month it was suggested that Man Utd were planning to ‘go all out’ to get Tuchel.

The Chelsea boss has been with the club since the start of 2021. He helped the Blues win the Champions League last season.

Sky Sports are reporting that Tuchel will not be taking over at Man Utd as they are ‘not considering’ him.

Reports linking the German with Man Utd is described as ‘media talk and not reality’.

It is also stated that Pochettino and Ten Hag are the favourites as ‘multiple sources have admitted they would be surprised if either were not at the helm’.

“United have a certain expectation about how they should be playing. This was laid down by Sir Matt Busby and Sir Alex Ferguson. Simeone doesn’t fit with that.