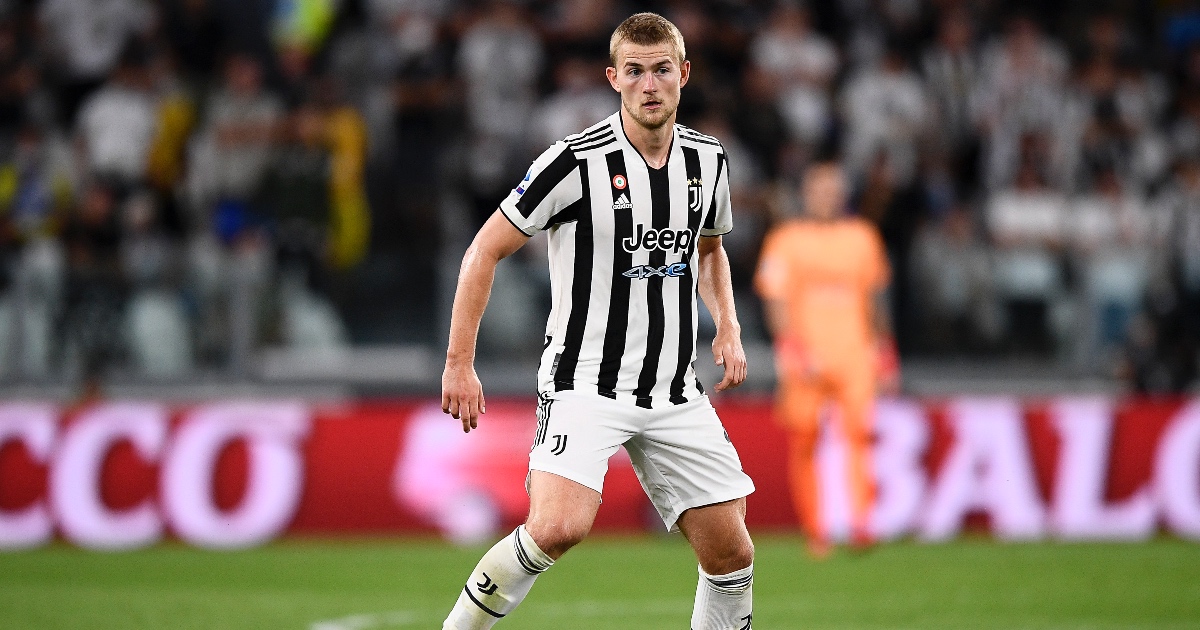 Chelsea look set to target Juventus star Matthijs De Ligt after failing to sign Jules Kounde in the summer, according to reports.

The Blues submitted a substantial bid for Kounde before the transfer window closed but had it knocked back by Sevilla.

Sterling role-reversal begs one key question: What next?

The 22-year-old has the potential to become one of the best centre-backs in the world over the next few years.

However, they may have to fight to keep him during the summer of 2022.

Calciomercato state that Chelsea like the player ‘very much’. As a result, he is top of their wish list ahead of the 2022-23 campaign.

They are willing to spend a huge amount of money to bring him to the Premier League.

He said on his Youtube channel: “Matthijs de Ligt has a release clause into his contract with Juventus. This clause is valid from next summer, so 2022, it’s a clause valid for €150m (£130m).

“So, De Ligt will be available on the market for €150m. This clause was part of the contract since he signed with Juventus, so Mino Raiola was planning for this clause as he did for Erling Haaland with Borussia Dortmund [and] he did the same for De Ligt with Juventus.”

Juve are supposedly looking into ways they can postpone Chelsea’s interest. One possibility would be to offer him a new contract, extending his current deal beyond June 2024.

However, Chelsea may be hard to stop as they have proved time and time again that they are willing to go big on top talent.

They spent £71m on Kai Havertz in September last year, while Ben Chilwell moved to Stamford Bridge for £45m shortly before.

Chelsea continued the same trend in the recent window by re-signing Romelu Lukaku for a club-record fee.