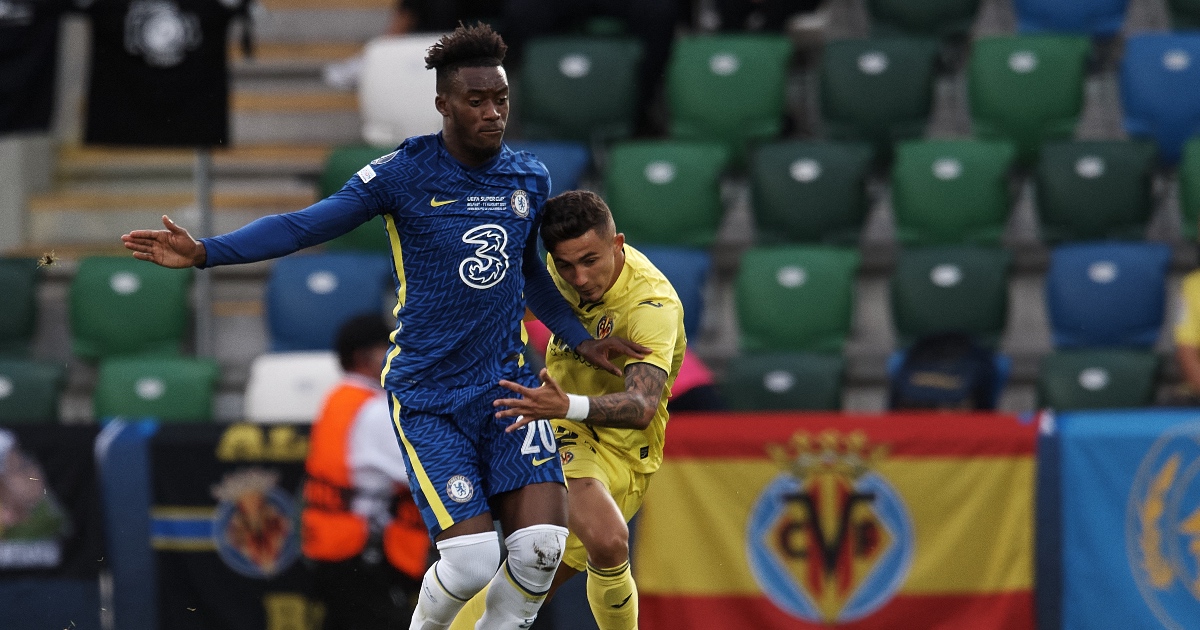 Borussia Dortmund have reportedly opened talks with Chelsea over the signing of Callum Hudson-Odoi, although Chelsea are yet to decide on the player’s future.

Thomas Tuchel used him regularly following his arrival in January, although the 20-year-old spent more time on the bench towards the end of the campaign.

Hudson-Odoi has been a substitute in each of Chelsea’s three Premier League matches this season.

According to Sky Sports, Dortmund are hoping to sign the Englishman on loan to help replace Jadon Sancho, who joined Manchester United for £73million in July.

Hudson-Odoi is thought to be open to the switch, as long as he is promised regular first-team football.

The decision now remains with Chelsea. They are ‘undecided’ over the potential transfer and are currently weighing up whether to let him go.

The Blues can already rely on the likes of Christian Pulisic, Hakim Ziyech and Timo Werner in wide areas.

Hudson-Odoi is unlikely to start a majority of league fixtures, although he could be kept at Stamford Bridge to operate as an impact sub.

The London-born winger has previously been courted by Dortmund’s rivals Bayern Munich.

Back in October, they submitted a loan offer with the option to buy for £70m, which was swiftly knocked back.

Chelsea have since vowed to reject all permanent offers for the player, who has been capped nine times at England U21 level.

Despite this, former Blues defender Glen Johnson has previously backed the club to sell Hudson-Odoi.

“Regarding Callum, it’s just not clicking for him is it? He’s in and out the side and I don’t think the manager thinks that he can rely on him,” Johnson said.

“‘He’s sensational when he wants to be but you can’t survive in the Premier League by performing when you want to. You need to perform week in, week out. I don’t think he has the type of mentality that you need to work under Thomas Tuchel.

“I think he will go on to have a fantastic career but he needs to find the right club to flourish.”