Home All The News Chelsea, United target on which side he would choose 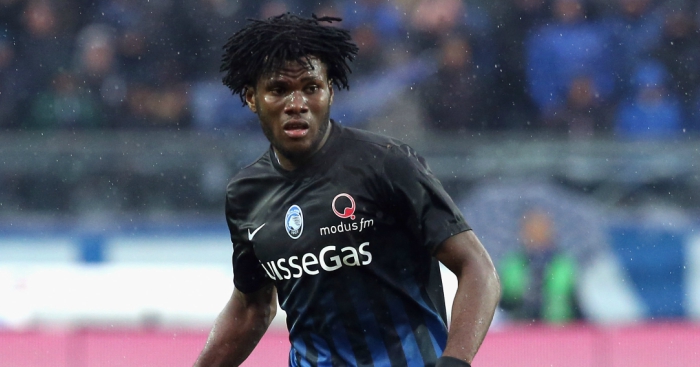 Franck Kessie has admitted that he “dreams” of playing for Manchester United.

Atalanta midfielder Kessie has emerged as a leading transfer target for a number of European clubs this season.

Chelsea and Manchester United are among the leading contenders for his signature.

It was claimed last week that United defender Eric Bailly was attempting to engineer his fellow Ivorian’s move to Old Trafford.

However, it was reported in January that Kessie was the subject of a £27million bid from Chelsea.

The 20-year-old has scored seven goals and assisted a further two in 21 appearances this season, and has discussed his future.

“I did not hear any rumours around Roma, as I was at the Africa Cup of Nations and so focused only on playing,” Kessie told Tuttomercatoweb.

“I like the Premier League and in particular Manchester United, the club I dream of playing for.

“Chelsea? That is also a big club, nobody would turn them down, but I dream of United.”