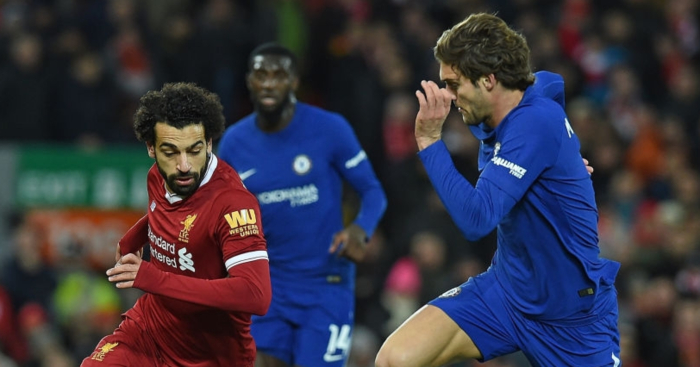 It’s judgement day for Liverpool. The first real examination of their title credentials was supposed to be at Wembley, but Tottenham didn’t show up. Then Paris Saint-Germain was earmarked as the litmus test but they were even worse than Spurs. Defeat to Chelsea in the Carabao Cup was a setback, but in a relatively meaningless competition. Surely the Blues, playing with swagger at Stamford Bridge this season, won’t disappoint.

Not that Chelsea have come under any real pressure themselves so far this season. Their biggest challenge was a wild 3-2 victory over Arsenal in which Unai Emery’s side exposed some serious flaws in their defensive shape. It was that performance, coupled with the stalemate at West Ham United last weekend, that justifies Maurizio Sarri’s assertion his team are a “step behind” Saturday’s opponents.

It should be a brilliant, unpredictable game. Liverpool’s midfield hasn’t faced anyone like Hazard this season, while Chelsea’s full-backs haven’t been tested by quick attackers since Arsenal scythed through them in August.

Here are five tactical questions ahead of Chelsea v Liverpool:

1) How much possession and territory are Liverpool willing to concede?
Excitement surrounding Saturday’s game is based on the assumption that it’ll be a frantic, end-to-end contest between two teams incapable of resisting the urge to attack. But Liverpool’s four games against Manchester City last season have skewed our understanding of Jurgen Klopp, who only gives into the frenzy when facing Pep Guardiola, a coach uniquely susceptible to ferocious confrontation.

As in the 2-1 victory against Tottenham Hotspur, when Liverpool enjoyed 40% possession and allowed the hosts to meander on the ball for long periods, Klopp’s side will show some restraint. Their pressing will come in bursts, their possession in blitzes; the Liverpool of 2018/19 are calm and controlled, and will be wary of what Eden Hazard, Pedro, and Mateo Kovacic will do if the game becomes too stretched.

That’s not to say it won’t be an excellent match or a high-scoring one, just that the Liverpool full-backs will hold deeper starting positions than usual and that – should the game become messy – a Virgil van Dijk-led defence will reorganise well.

Since the start of 2018 Liverpool’s in-game management has dramatically improved. They will happily play like the respectful away side on Saturday.

2) Will Liverpool’s pressing traps catch out Chelsea’s Jorginho-obsessed passing?
A prominent pattern of the match, then, will be Chelsea patiently probing as Liverpool wait for an opportunity to pounce. Sarri’s biggest concern is the intelligence of Klopp’s pressing traps, particularly given Chelsea filter their attacks overwhelmingly through Jorginho. The Italian is averaging 111 short passes per game, and in the 0-0 draw with West Ham United he attempted 180 passes – more than twice that of any other player on the pitch.

Chelsea are clearly becoming over-reliant on Jorginho, which can only help Liverpool work out when to pincer press and who to target. The pattern of Chelsea’s build-up play in their own half is far too consistent and, worryingly for the hosts, Jorginho seemed to suffer for it at West Ham. His passing became sloppier as the game wore on.

It is no secret that Liverpool look to win the ball high up the pitch then surge through the middle, which is why Chelsea fans are understandably concerned about the lack of a defensive midfielder in Sarri’s system. Should Liverpool lure the hosts into a pressing trap there is little chance Jorginho – averaging just 1.5 tackles and 1.0 interceptions per game – will stop the counter. The starting positions of the Chelsea full-backs will be crucial.

3) How do Chelsea add variety to their attacks without leaving themselves open?
On the one hand Marcos Alonso and Cesar Azpilicueta may need to stay deep to prevent Liverpool from breaking in a three-versus-two situation, but on the other both full-backs will be crucial to Chelsea’s attacks. After the disappointingly narrow lines at West Ham, and with Liverpool notably more open on the flanks, Alonso and Azpilicueta could win the match for Sarri.

West Ham’s ultra-compressed blockade at the London Stadium was unusually combined with a defensive line that refused to drop into the penalty area. Consequently it was pretty obvious that Chelsea’s full-backs should have been making runs on the shoulder of the last defender for Jorginho to clip balls over the top. Instead, they kept funneling through the centre and were left frustrated. Surely Sarri will have worked on using width this week, especially since their next opponents can be hurt down the flanks.

Liverpool’s front three stay narrow when tracking back, which leaves big pockets of space in front of the back four for opposition full-backs to creep into. Spurs inexplicably failed to spread the play when the two sides met a fortnight ago; again, Sarri should have taken note and made preparations accordingly.

Chelsea’s full-backs are in a bit of a quandary. How they balance their attacking and defensive obligations will probably decide the outcome of the match.

4) Can Salah and Mane replicate Arsenal’s method of attack at Stamford Bridge?
Those Chelsea full-backs are likely to struggle regardless of the instructions they receive from Sarri. Mohamed Salah and Sadio Mane will hold positions in the half-space between full-back and centre-back, which is an obvious threat when Liverpool win the ball high and counter. But if the Arsenal game is anything to go by, their positioning will be equally important during seemingly innocuous periods of open play.

During their 3-2 defeat at Stamford Bridge, Arsenal got in behind the full-backs (then created a clear opportunity via a cutback) countless times via one simple ground pass from inside the centre circle. A combination of Chelsea’s high line, sporadic pressing during this transitional period, and the switch from a back three to a back four has led to wide gaps between the centre-back and full-back. This just happens to be the space Liverpool – James Milner in particular – are most comfortable sliding the ball through.

Given Hazard rarely tracks back, Salah versus Alonso is a particularly lopsided one-on-one.

5) Are Liverpool strong enough in defensive midfield to keep Hazard quiet?
Hazard is clearly flourishing in the free role given to him by Sarri. The Belgian drifts across the front line, popping up left and right to confuse opposition midfielders and prevent the sort of man-marking job that often restricted him under Antonio Conte and Jose Mourinho. Combining increasingly effectively with Kovacic, Hazard’s unpredictable threat may prove too much for Liverpool’s midfield.

It won’t be long before tactical previews talk up a Fabinho-versus-playmaker key battle, but for now Liverpool don’t really possess a holding player that can shut down someone of Hazard’s talent. In fact, when consistently put under pressure a gap tends to appear between Liverpool’s defence and their midfield because Milner, Georginio Wijnaldum and Naby Keita press forward to cut off passing lines, as opposed to directly tracking runners.

Hazard possesses the intelligence to seek out spaces behind the three midfielders before receiving a pass on the turn and running at the heart of the Liverpool back four. Tuesday was just a warning shot.