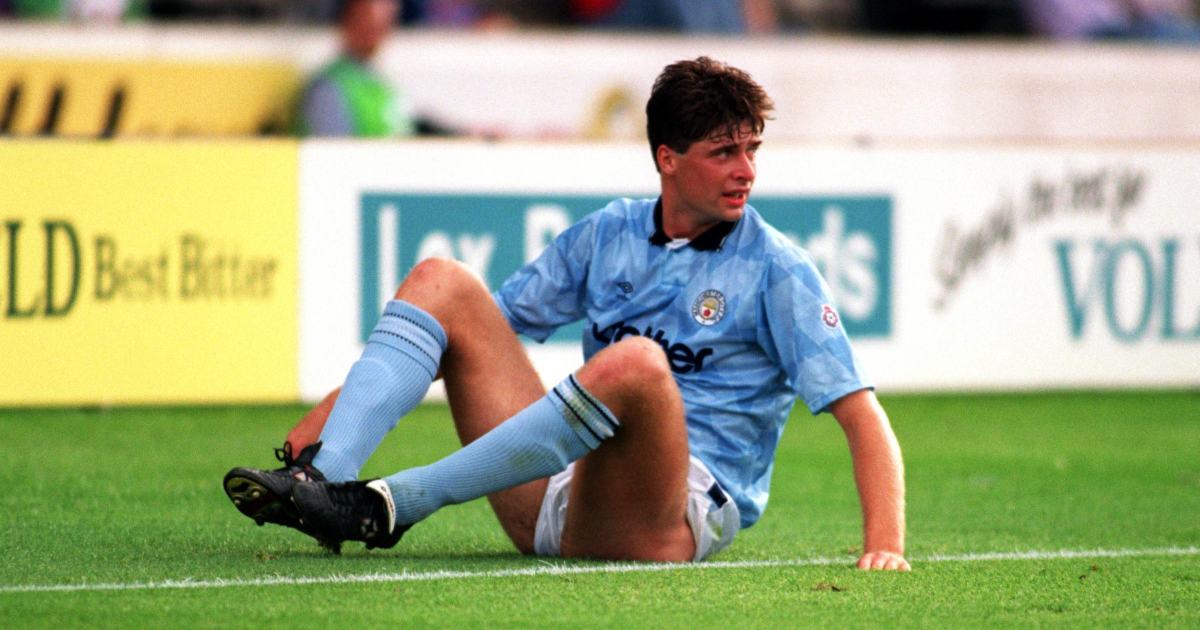 The two favourites for the Premier League title clash at Stamford Bridge this weekend and no doubt there’ll be plenty of talk about which players would make a combined side from the two ridiculously good squads Pep Guardiola and Thomas Tuchel have available to them.

But it’s more fun to make a team from the maiden Premier League season, long before sugar daddies guided Chelsea and Manchester City towards glory. A time without squad numbers, 100-million-pound footballers and Emptyhad jibes, here’s the Chelsea/Manchester City 1992/93 XI.

Goalkeeper: Dave Beasant
Dave Beasant gets the number one shirt for this side, with the London-born goalie starting Chelsea’s first ever Premier League game in a 1-1 against Oldham in August 1992. How times have changed for both clubs. If you fancy a goalkeeper challenge, try naming the two Welsh ‘keepers on Manchester City’s books in the 1992/93 campaign.

Right-back: Steve Clarke
He’s not Kyle Walker or Reece James, but as a proud Scotsman, Steve Clarke wouldn’t want to be. Now managing his country, the former Chelsea defender’s playing days ended over 20 years ago but he did manage to pick up a few medals in the mid to late nineties, as Ruud Gullit’s cosmopolitan side lifted the FA Cup before Gianluca Vialli led them to success in the now-defunct Cup Winners’ Cup.

Centre-back: Keith Curle
He wasn’t an international quality right-back, as Graham Taylor found out the hard way at Euro ’92, but Keith Curle was a solid centre-back for Manchester City during the early nineties and captained the club before his departure in 1996. Nathan Ake wouldn’t make a combined Chelsea/City team now and his fellow countryman Michel Vonk also misses out on making this side.

Keith Curle was a great City captain. Classy defender, good on the ball, and probably would have been one of the few players in City’s history who could have coped with Guardiola’s style. I once gave him a mini-McVite’s digestive biscuit. pic.twitter.com/yYivFv4CF2

Centre-back: Mal Donaghy
Following a four-year spell with Manchester United, veteran defender Mal Donaghy joined Chelsea shortly before the commencement of the inaugural Premier League campaign. The Northern Irish international proved to be a key figure in the Blues’ backline, featuring in all but two of his side’s league fixtures that season despite his advancing years…the 1992/93 Thiago Silva.

Left-back: Graeme Le Saux
A player who certainly had the ability to match up to his modern-day counterparts, England international Graeme Le Saux spent the bulk of the 1992/93 campaign at Stamford Bridge before departing for Blackburn Rovers, the sugar daddy club of the era.

Right wing: David White
Greater Manchester-born David White was part of a celebrated group of young players at Manchester City in the eighties. Phil Foden is of course the modern-day success story but White, Paul Lake and Andy Hinchcliffe were all local lads who lived the dream at Maine Road. White won his only England cap during the 92/93 season and ended the campaign as City’s top scorer.

Central midfield: Dennis Wise
He’s no N’Golo Kante but Dennis Wise is certainly a Chelsea legend. The ever-combative midfielder spent over a decade at Stamford Bridge and captained the club to their first FA Cup win in 27 years. Fellow wallflower Vinnie Jones is also an option for this side, having started the season with the Blues before moving on to Wimbledon.

Central midfield: Steve McMahon
Steve McMahon joins Wise in midfield, having signed for Manchester City in the early nineties following a trophy-laden spell at Liverpool. With Wise and McMahon no doubt picking up plenty of suspensions, the likes of Garry Flitcroft, Craig Burley and Graham Stuart will get chances to play, as well as Peter Reid, who was the 36-year-old player-manager of City at the time.

Central midfield: Andy Townsend
Townsend’s three-year spell at Chelsea in the early nineties ended trophyless but a move to Aston Villa saw the Irish international produce some superb displays as he proved instrumental in helping the Villains to two League Cup wins. Would he get in today’s Chelsea side though? Not for me, Clive.

Left wing: Paul Lake
A bit of a cheat selection as Paul Lake’s awful injury issues restricted him to just two Premier League appearances in 92/93, but the former Maine Road favourite’s raw talent and versatility make him impossible to ignore. Widely tipped as a future England captain, Lake’s promising career was effectively finished following a fairly innocuous challenge in a match against Aston Villa but in his pomp he certainly wouldn’t be out of place in City’s current side.

Can’t believe this is a quarter-of-a-century ago. Bittersweet memories for me. Excited about my comeback, unaware it would be so short-lived https://t.co/h1iny4w73X

Striker: Niall Quinn
Pep Guardiola’s failure to sign a striker this summer means a prime Niall Quinn could well get the odd game at the Etihad these days too. The former Irish international spent six years at City, leaving the club after their relegation in 1996. Quinn’s international team-mate and former Chelsea forward Tony Cascarino is another option, as well as Mick Harford, John Spencer and Mike Sheron.