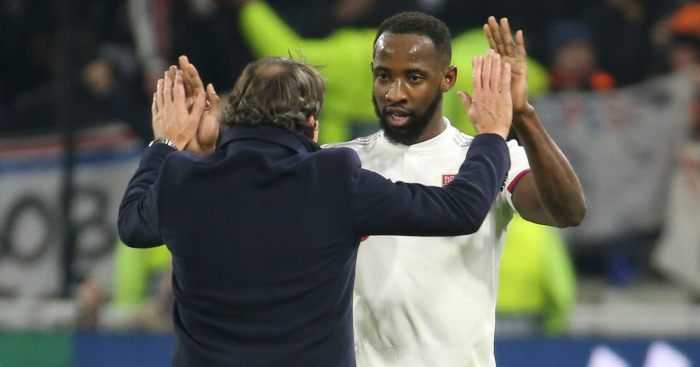 Chelsea have reportedly verbally agreed personal terms with Moussa Dembele over a potential switch from Lyon to Stamford Bridge.

The Blues have been heavily linked with a move for a striker in the January transfer window as boss Frank Lampard looks to provide ample support to Tammy Abraham.

Chelsea have Olivier Giroud and Michy Batshuayi within their ranks but both have been the subject of speculation about an exit from West London.

Giroud is reportedly a target for former Chelsea boss Antonio Conte at Inter Milan, while Roma and Aston Villa are said to be keen on Batshuayi.

As for who could come in to replace either of the aforementioned duo, ex-Celtic hitman Dembele has been a name mentioned for a number of weeks as a £40m target and, speaking on the Transfer Window podcast, transfer insider Ian McGarry claimed to have a key update on their chase for the Frenchman.

“My information is that Chelsea have a fairly agreed contract, verbally that is, with Dembele and his representatives in terms of the player’s wages, bonuses etc, etc,” he said.

“It remains for the club to agree the fee, fee structure and/or any add ons, etc with Jean Michel-Aulas [President] of Lyon.

“So I think they are ahead in this but Manchester United need goals, almost everyone in the Premier League needs to buy goals in January.

“That seems to be the trend always perennially every time this window opens, that everyone is looking for a striker.”

Dembele, whose current deal at Lyon expires 2023, has scored 13 goals and assisted three others in 27 appearances so far this term.