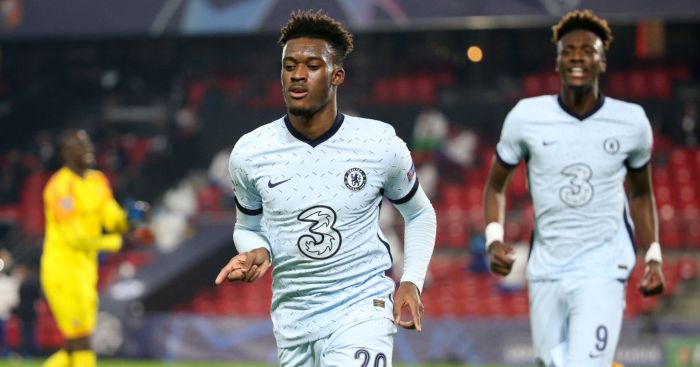 Chelsea will reject any further approaches from Bayern Munich for Callum Hudson-Odoi in January, according to reports.

The 20-year-old has faced an intense battle simply to take the field this term, given the number and quality of the Blues’ summer recruits.

Hudson-Odoi has only started one of his five Premier League appearances this term, while he has featured seven more times in the Champions League and League Cup.

OPINION: Mourinho is the master of Premier League winners and losers

An injury to Hakim Ziyech during Chelsea’s recent 3-1 victory over Leeds United could give him the chance to stake a claim for a regular place in Frank Lampard’s side.

However, a report in The Athletic expects Bundesliga giants Bayern to come back with a third approach in January, with Hudson-Odoi currently out of favour.

Manager Hansi Flick confirmed Bayern’s interest in the summer transfer window, he said: “He is one of the greatest talents on the position. Therefore it is legitimate that we at Bayern Munich deal with him.”

Bayern ultimately failed in a loan deal that reportedly included a £70million option to sign him permanently at the end of the season, which was their second attempt to take the England international to Germany.

And now The Athletic reports that Chelsea ‘will ignore any offers to loan or buy’ Hudson-Odoi despite the winger ‘now considering leaving in the new year for more regular first-team football’.

The report adds that Chelsea ‘do not want to let Hudson-Odoi go because not only is he still a player of huge potential, it would leave coach Frank Lampard with a lack of options to play out wide in the title race.’

The injury to Ziyech ‘has only strengthened Chelsea’s resolve to hang on to Hudson-Odoi’ despite the Premier League club already keen to hang onto the talent.

And the report reiterates that Chelsea ‘will ignore a third approach if they make one’.