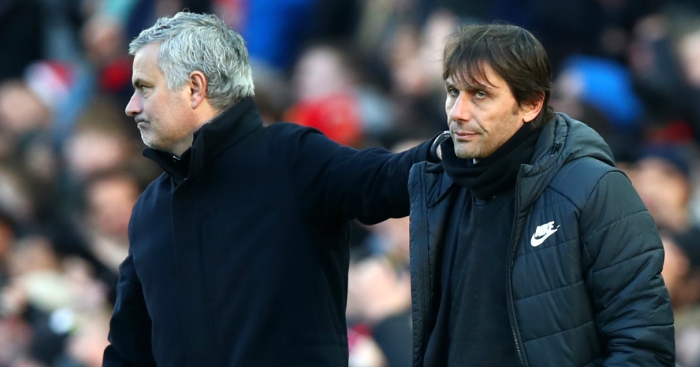 Conte left Chelsea under a cloud in the summer, the Italian ‘disgusted’ after the club released a 52-word statement announcing his departure, with not a single ‘thank you’ for his haul of a Premier League title and FA Cup in two years.

The two remain at odds over Conte’s compensation package, which could potentially be as high as £9million if Chelsea are forced to simply pay the final year of his wages.

But they hope to negotiate that figure down, have ‘tried to argue that he contributed to his own dismissal’, and ‘the matter could go to court if both sides refuse to back down’.

The Daily Telegraph add that the situation ‘may also be impacted’ by whether Conte returns to management soon. The Italian has been linked with the Manchester United, Real Madrid and Bayern Munich’s jobs, with the respective managers at each clubs under varying degrees of pressure.

Chelsea would prefer Conte to take over at Old Trafford, as he ‘would forgo any compensation owed to him from the time he took over at another English club’, but as Matt Law states: ‘that is not thought to apply if he goes overseas.’

It all means that if Conte were to be appointed at United before the New Year – which seems unlikely for a variety of reasons – it ‘could cost’ him ‘at least £5m’.