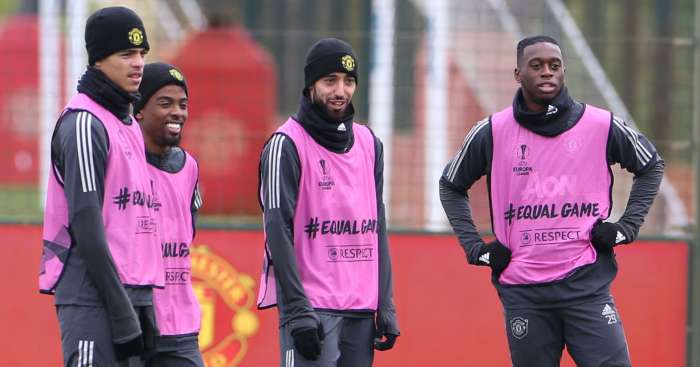 Chelsea will look to sign Manchester United youngster Angel Gomes on a free transfer at the end of the season, according to reports.

Gomes’ contract expires at the end of the season, thus he can open contract negotiations with European clubs in January.

The Daily Mail claimed in December that ‘unsettled’ teenager Gomes might be ‘open to a move away from Old Trafford’ with the situation described as ‘an awkward situation’ for a club so focused on youth development.

Barcelona were rumoured to be one potential destination for Gomes when his contract runs out but the Metro claims that Chelsea are interested in the England under-20 international.

FEATURE: How seven Premier League clubs have been affected by coronavirus…

Man Utd have apparently put a contract on the table to Gomes with the offer amounting to around £25,000 a week but the 19-year-old’s agent has been left ‘unimpressed’ with little sign Gomes will agree to the contract.

The report adds that Man Utd have ‘defended their offer’ with the club believing the midfielder’s ‘frame means his progress is always going to be slower and he’s been compared to Jesse Lingard in that respect’.

The Metro continued by saying Chelsea are ‘keen to capitalise on his situation’ with a deal that will match what he’s being offered by Man Utd, while Frank Lampard will promise him a place in the Blues’ first-team squad.

Any deal for Gomes would not be completely free for Chelsea, however, with a compensation fee due.