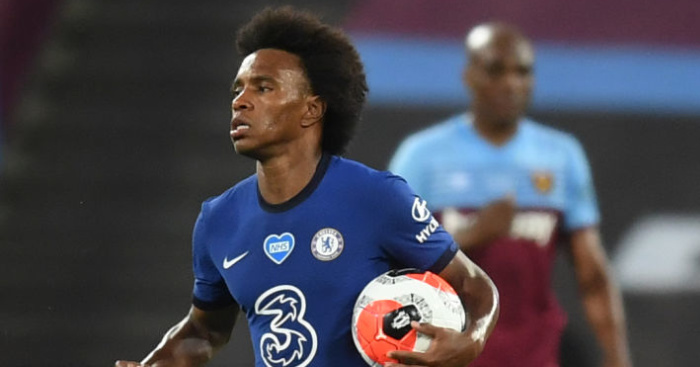 Chelsea winger Willian is likely to join London rivals Arsenal this summer on a free transfer, according to reports.

The winger is out of contract with the Blues with his short-term contract extension about to expire. So far, contract talks have repeatedly hit a stumbling block over the length of the deal to be offered.

Willian has been with Chelsea since 2013, but at the age of 31, his long-term future remains unclear. Reports have suggested he could move to a Premier League rival like Manchester United or Tottenham, or move elsewhere in Europe.

However, The Guardian now claim that Frank Lampard ‘wants Willian to stay’ but the Brazilian’s chances of receiving an offer of a three-year contract ‘look slim’.

And ‘there is an expectation that he could end up joining Arsenal on a free’ if Chelsea fail to agree fresh terms.

Willian recently insisted that he would sign a new deal at Stamford Bridge “tomorrow” if they offered him the right length of contract.

Speaking to Ale Oliveira on YouTube, he said: “No, not for the time being. Chelsea aren’t jealous. They didn’t say anything. At least they showed no jealousy. They’re letting go [laughs].

“Just kidding. I already had a conversation with the club a few months ago, even before this stop. Chelsea only offer me two years and I asked for three.

“My goal in the next contract is to sign for three years. So I haven’t had a deal with Chelsea yet.

“This is what I asked the club for, three years of contract. If you give me that, I’ll get the pen and sign the contract tomorrow.”