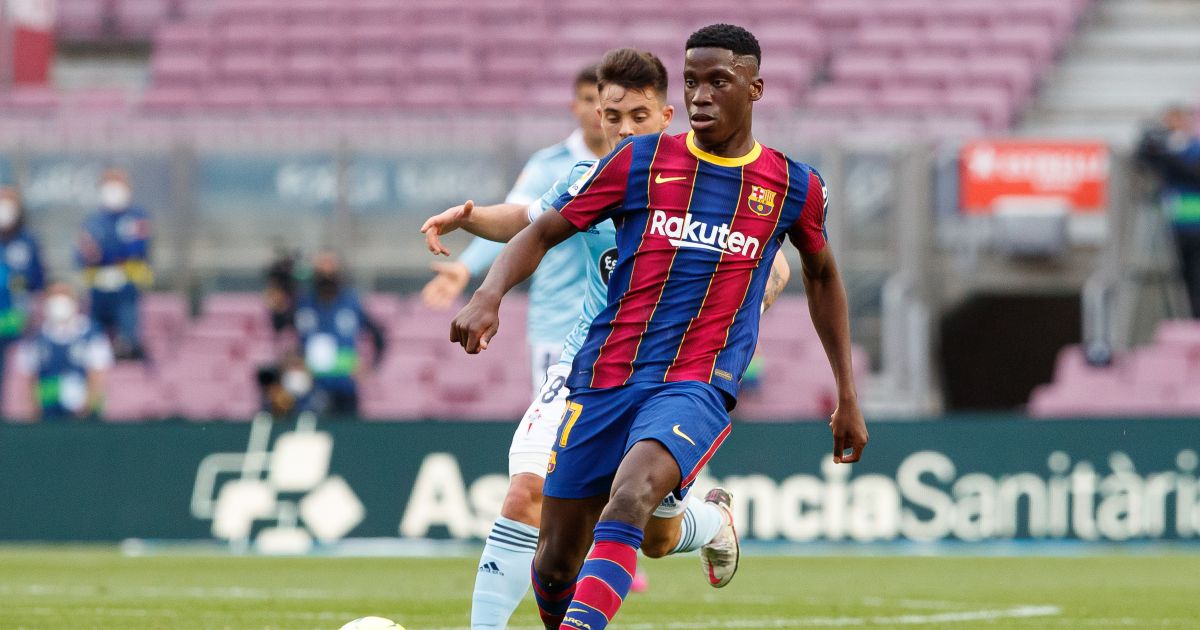 Chelsea are in pole position to land Barcelona youngster Ilaix Moriba as they are prepared to stump up the money this summer, according to reports.

The former Spain under-17 international is out of contract at the end of June 2022 and could reportedly be sold this summer if negotiations do not result in a deal.

Barcelona are currently trying to bring down their wage budget as their debt spirals out of control, with the club having to let Lionel Messi leave to join Paris Saint-Germain.

Reports have claimed previously that the midfielder would prefer to remain at Barcelona in favour of a move elsewhere in Europe but a contract agreement is proving hard to come by.

And now Mundo Deportivo (via Sport Witness) claim that Manchester City want to wait until the end of the season to snap him up on a free transfer, while Bundesliga side RB Leipzig don’t want to pay Barcelona’s €20m demands.

The report adds that Premier League outfit Chelsea – who have already bought Romelu Lukaku for £97.5m from Inter Milan this summer – are ‘willing to pay more’ than Leipzig, putting them in a good position to buy Moriba.

Laporta said: “I’m here to explain the situation we have reached in the negotiations with Leo Messi. First of all I would like to say that the inheritance we have received is dreadful.

“That means that the losses are a lot more elevated than what we had expected. What we are spending is a lot more than we expected and the current contracts means we have this salary mass of great magnitude. This is all tied to fair play and it means we couldn’t fit in the first contract we had agreed to with Leo Messi.”