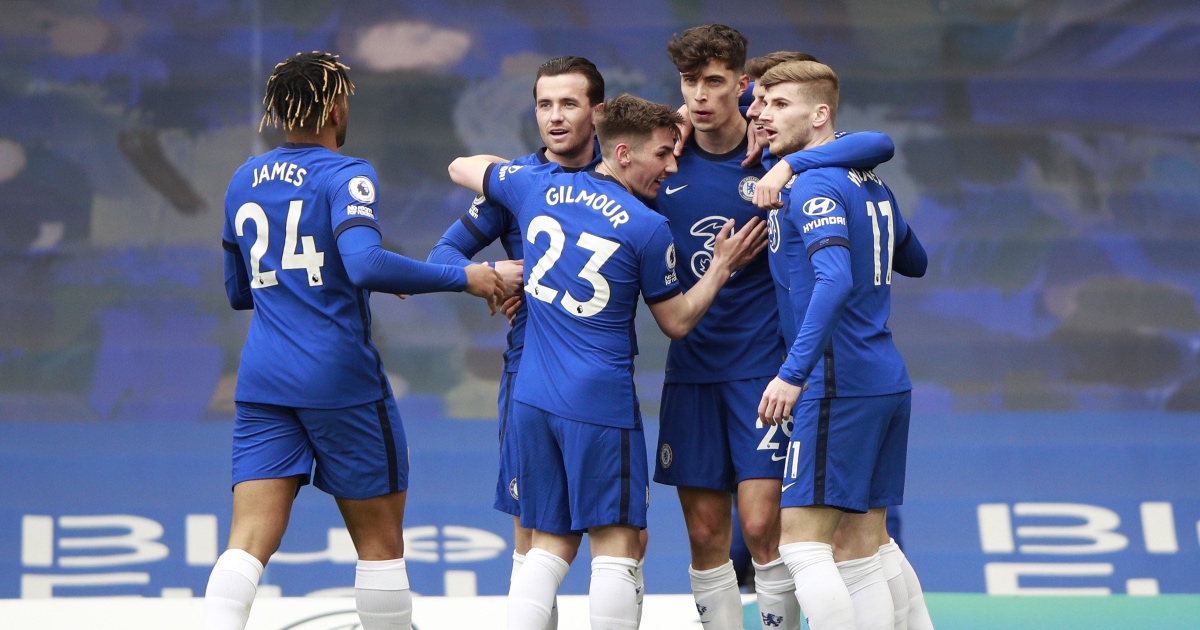 Germany forward Havertz doubled his Premier League tally for the campaign, in an exemplary exhibition of false nine play.

Fourth-placed Chelsea opened up a six-point gap on West Ham in fifth with their third win in four matches, with the Hammers travelling to Burnley on Monday night.

The Blues’ 18th clean sheet under boss Thomas Tuchel set the bedrock for another vital victory, with Real Madrid now pitching up at Stamford Bridge for the Champions League semi-final second leg on Wednesday.

Havertz was cast as immediate King’s Road royalty the moment he arrived in west London last summer in a £70million switch from Bayer Leverkusen.

But this was the day the talented 21-year-old finally made his mark.

At times in this maiden Blues campaign, Havertz’s natural languid style had jarred amid his protracted recovery from Covid-19 and staccato search for his Stamford Bridge niche.

German manager Tuchel has elevated Havertz above all those previous tribulations however, and the 13-cap forward carried a regal air throughout this landmark performance.

Havertz’s movement off the ball, ability in possession – and his collected finishing – had the German star in his ultimate pomp as Chelsea swatted aside Scott Parker’s game but limited Fulham.

The Whites inched ever closer to the Premier League trap door thanks to their fifth defeat in six matches, trailing Newcastle – who have a game in hand – by nine points with four games to play.

Chelsea cantered into an early lead thanks to Mount’s constant excellence and Havertz’s calm finish.

Chelsea thought they had doubled their lead in next to no time, but Havertz was judged offside despite tapping into the net.

Mendy rebuffed Ademola Lookman, before Werner wasted a fine ball from Ziyech by cutting the wrong side of the defence.

Werner’s low cross then begged to be dispatched by Ziyech, but the Morocco forward went for placement not power and Alphonse Areola saved well at point-blank range.

Werner then spurned another smart ball from Ziyech, this time allowing the pass to drift too far across his body.

The Germany forward hit the target but Areola was never left in any danger with the save.

Fulham kept pressing though and only a first-class adjustment save from Mendy thwarted the Whites.

Ola Aina’s long-range shot took a late deflection, but Mendy was still able to react and paw to safety.

Chelsea wasted no time after the break in doubling their lead, with Havertz producing another fine finish.