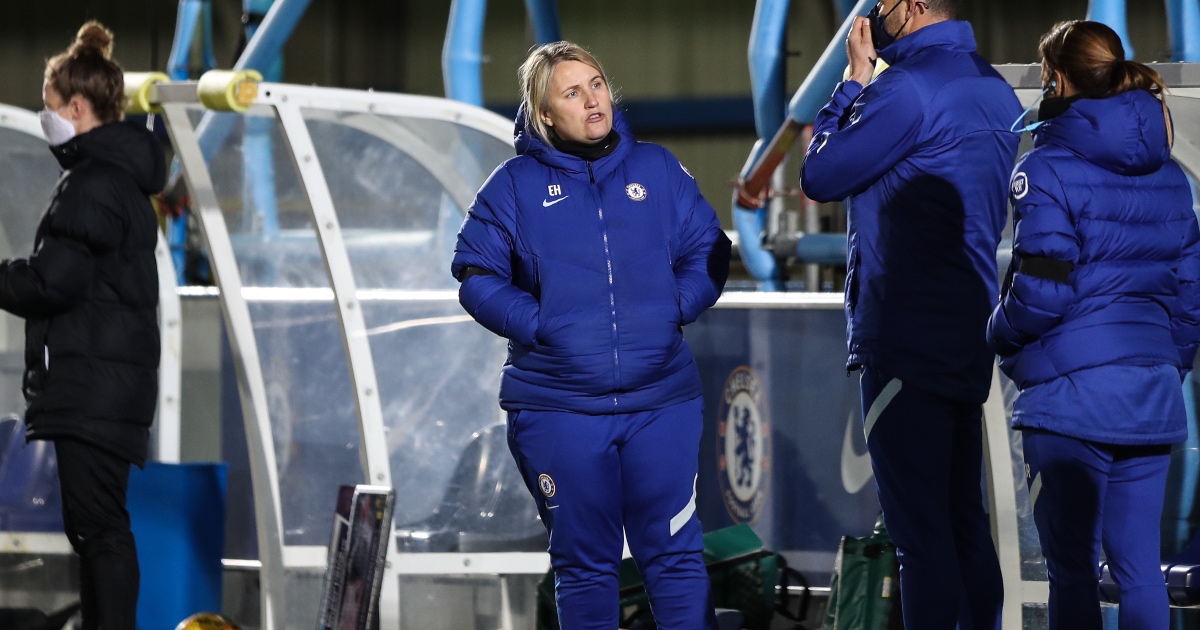 Emma Hayes admits it will be a “disappointment” if Chelsea do not win the Women’s Champions League this season as her side prepare for a semi-final against Bayern Munich on Sunday.

Chelsea and Bayern both top their domestic leagues but neither have reached the Champions League final before.

Hayes’ side have been in the last four twice previously, losing to eventual champions Lyon in 2019 and Wolfsburg in 2018.

Asked if the season would be a failure if her team did not go on to win the tournament this time, Hayes said: “Failure is a really strong word. I’d call it a disappointment, not a failure, a failure is not being in the position.

“So to be in with a shot of competing for a Champions League final is what you prepare for. We have a 50/50 chance of making it, I’ll take those odds.

“There are top teams here, so to be where we are – I feel privileged. You don’t take anything for granted because when you play in the European game, because it’s so different, sizing each other up takes a game.

“You cannot win the tie in the first leg, but you can definitely lose your way out of it. We’ve got to remember those things that got us here.”

Chelsea managed to hold on to their slender two-point lead at the top of the Women’s Super League on Wednesday, holding off a late challenge from Manchester City as the match ended in a 2-2 draw.

Forward Fran Kirby, who has been at Chelsea since 2015 and was part of both previous semi-final defeats, insists the players are not tired from their clash in Manchester.

“You already have the motivation, so you can think, ‘we’re tired’, but you wouldn’t think that coming in today, everyone looks fresh, everyone looks ready to go and everyone just looks excited, so it’s one of those ones where you probably wouldn’t know that we played on Wednesday because everyone looks so excited to get on the pitch.”