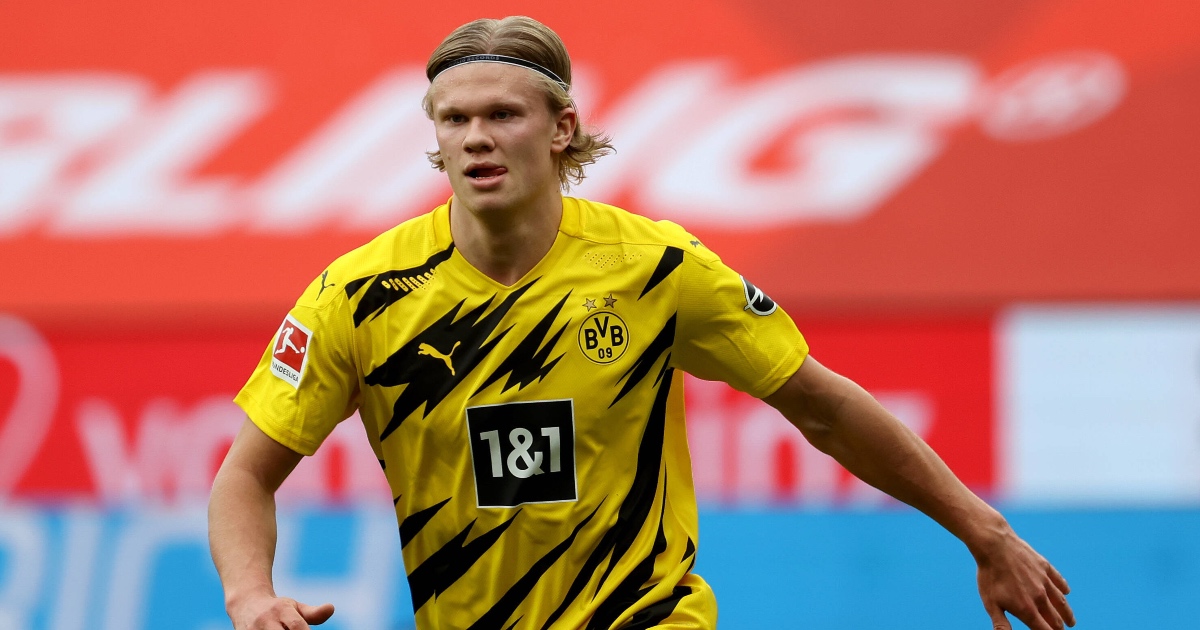 Chelsea are ‘working intensely’ on a major move for Erling Haaland this summer, according to reports.

The Norwegian goalscorer is a target for pretty much all of Europe’s top clubs.

During the most recent campaign, he bagged 27 goals in 28 appearances and helped himself to the Bundesliga Player of the Year award.

According to player-turned-journalist Jan Aage Fjortoft, that kind of form has forced Chelsea into action.

They’re reportedly working hard behind the scenes to bring the 20-year-old to Stamford Bridge.

Such a deal would be major coup for the Blues, as it would see them beat Manchester City and Real Madrid to Haaland’s signature.

Fjortoft also states that he is viewed as the ‘missing player’ who will take Chelsea to title-winning status.

They haven’t won the Premier League since 2016/17, with Pep Guardiola and City picking up three titles in that time.

Chelsea officials are reportedly ‘confident’ the situation can be resolved despite Dortmund’s high asking price.

They want around £150million for his services this year, or will accept £68million when his release clause activates in 2022.

The main obstacle is now Chelsea’s wage structure. Haaland would likely become one of the club’s biggest earners and as such they would need to balance the books with some sales.

Luckily for manager Thomas Tuchel, there are numerous players that could exit London in the coming months.

Left-back Emerson Palmieri has fallen behind Ben Chilwell and Marcos Alonso in the pecking order.

He’s available for around £17million and could be taken back to Serie A.

Tammy Abraham didn’t make the bench for the FA Cup and Champions League finals. He’s been linked with a £40million move to West Ham.

For Haaland, meanwhile, the next transfer is a big one. He will have to decide which top club to join once his time at Dortmund comes to an end.

Super agent Mino Raiola has already got the ball rolling with a European tour to discuss potential destinations.

Manchester United and City are firmly in the race, but Roman Abramovich’s willingness to spend big could see Chelsea triumph.