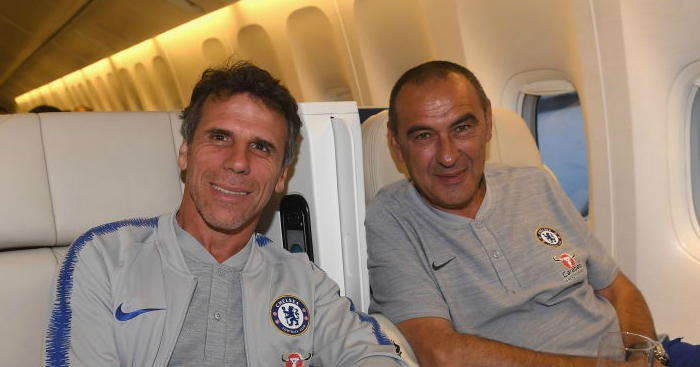 Gianfranco Zola has returned to Chelsea as an assistant to new boss Maurizio Sarri, the club have announced.

Former Italy international Zola made over 300 appearances and scored 80 goals for the Blues between 1996 and 2003.

He helped them win the UEFA Cup Winners’ Cup and Super Cup, two FA Cups and the League Cup, and was voted their greatest player ever in 2004.

The 52-year-old, who has had management experience in England with West Ham, Watford and Birmingham, said on Chelsea’s official website on Wednesday evening: “For me it is an amazing thing.

“I am very willing to work hard because it is going to be a difficult challenge but I am pleased to be here, and to work hard with Maurizio to be successful.

“I am very much looking forward to the challenge in general. I would love us to start well and we are all very excited to start this new adventure.”

The news came on the same day that former Napoli boss Sarri had his unveiling at Stamford Bridge, having replaced Antonio Conte on Saturday.