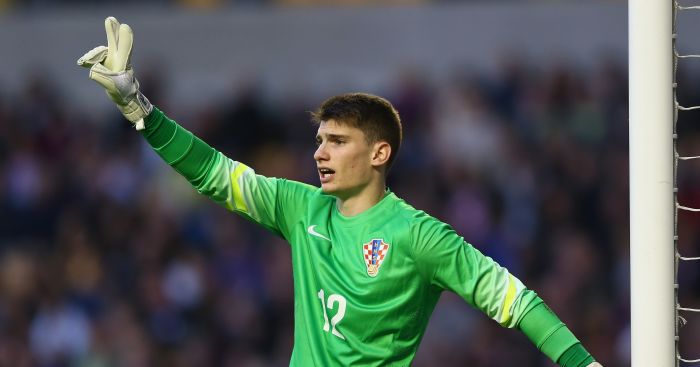 Goalkeeper Matej Delac has left Chelsea after an eight-year spell to join AC Horsens in the Danish Superliga.

The 25-year-old joined the Blues from Inter Zapresic in 2010 where he had already been called up to the Croatian national side as a 17-year-old.

Delac spent the majority of his time out on loan at Chelsea appearing for eight different clubs in eight different countries as he struggled to break into the first-team at Stamford Bridge.

The keeper reckons it could be “strange” not returning to Chelsea for his next pre-season but is looking forward to his new start in Denmark.

“It is very interesting to write and read about it [my career],” Delac told Goal.

“Maybe it will be strange to not come back to Chelsea in the summer for pre-season, in between loans. In eight years, I think I had seven pre-seasons with the club.

“Just one where I was already out because I went on loan early. It will be a little bit strange, but it was the life I had. It was a good eight years, you can always say that things could have gone better or worse, but I will always say that I am happy with these eight years.

“Yes, I said goodbye to the guys in the loan WhatsApp group and they said ‘good luck’. That’s it! This is a great opportunity for me after my time at Chelsea. It was not an easy time, as I’ve not played for the past year.

“I had offers but I decided not to accept them because they were either not good for my career or my family. We have a baby now, so I also wanted to go to a good country with a good league.

“In Denmark, we have done it. Maybe some will think it might be a problem that I didn’t play for one year. However, I know that the manager and the goalkeeping coach believe in me and so I will have really big help from them.”

More from Planet Sport: Kafelnikov’s post-tennis adventures: from golf to a bit of poker (Tennis365)