Home All The News Chiellini backs European Super League, hints it is inevitable 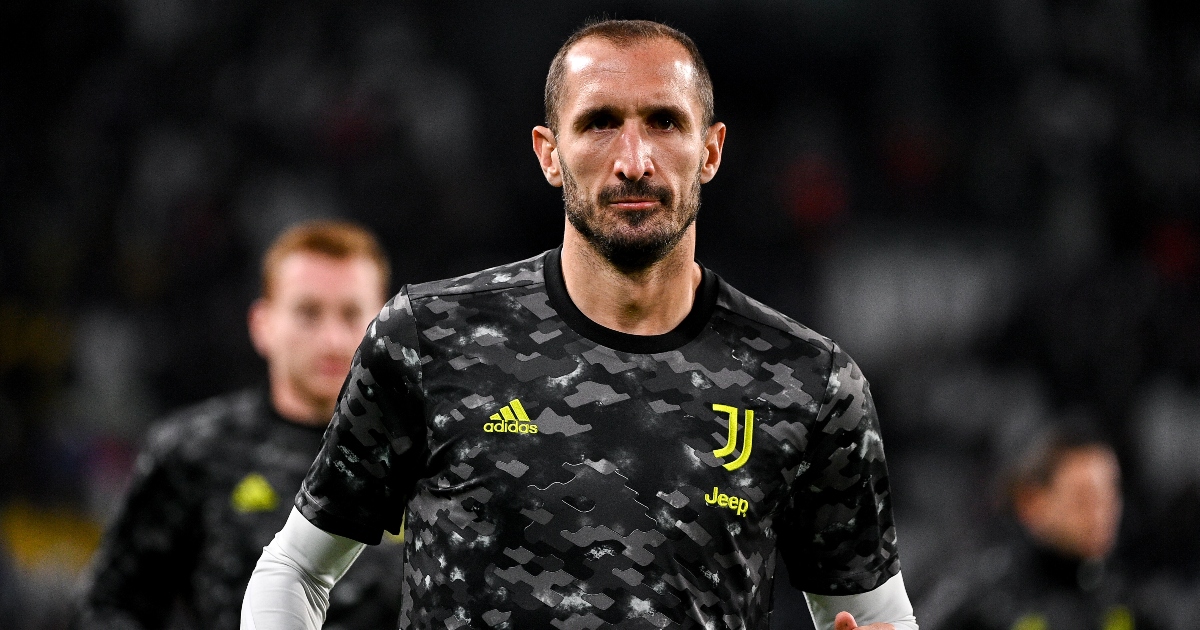 Juventus defender Giorgio Chiellini has claimed ‘some Serie A teams are in the way’ in a fresh call for a European Super League.

In April 2021, 12 of Europe’s leading football clubs announced they had agreed to establish the midweek competition, governed by its ‘Founding Clubs’.

These plans were quickly scrapped as a result of a mass backlash from football fans, the media and the wider public.

However, last month, Barcelona president Joan Laporta suggested that the ESL is “alive” as there is “dialogue” ongoing between the clubs involved.

And Juventus veteran defender, Chiellini, has backed the controversial breakaway league, whilst also saying he wants the Serie A to be cut down from 2o teams.

“There are some Serie A teams who are in the way,” he told DAZN Italia (via the Evening Standard).

“We really ought to go back to 16 teams, but I think 18 would allow the league to be more competitive and give extra space to European-level fixtures.”

Juventus are currently eighth in Serie A after a stuttering start under returning boss Massimiliano Allegri.

Chiellini added: “I’ve been talking to [Agnelli] for a few years now about this [ESL].

“The future of football is increasingly towards a European approach compared to national leagues. A player at Juve’s level wants to play those games, with all due respect. Athletes of our level, but also perhaps the fans, want to see more of these European level fixtures.

“We have reached the point of no return. Institutions, clubs and players must meet to reform the calendar and create new competitions to relaunch this sport, which remains the most beautiful in the world, but can also be improved.

“In the USA, who are masters of this sort of thing, they created Super Leagues in every sport.”