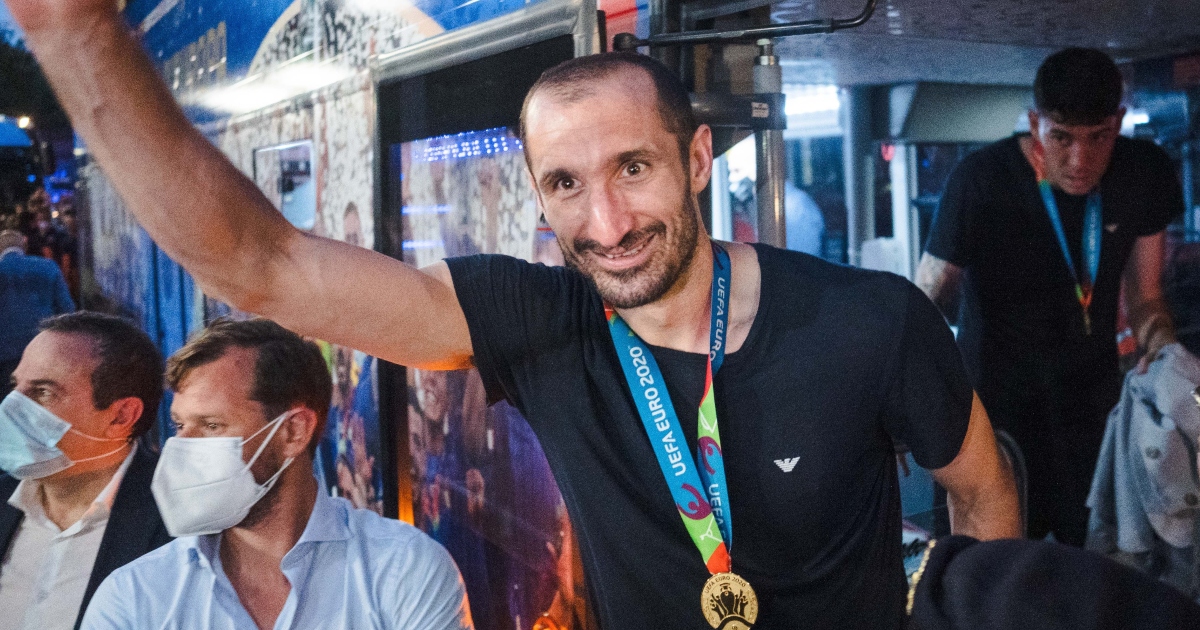 Giorgio Chiellini shouted “kiricocho” as Bukayo Saka stepped up to take England’s fifth penalty against Italy in the final of Euro 2020.

Ahead of Saka’s penalty, Jordan Pickford had just saved Jorginho’s spot-kick. This left the scores at 3-2 to Italy with Saka’s kick being the last one before sudden death.

Saka had to score to keep England’s hopes of winning Euro 2020 alive. Unfortunately for the Three Lions, the 19-year-old’s strike was saved by Gianluigi Donnarumma.

In the aftermath, footage emerged which saw Chiellini shout “kiricocho” as Saka walked up to take his penalty.

After the game, Chiellini spoke to ESPN Argentina and he said: “I confirm everything to you. Kiricocho!”

The Mirror have reported that this “curse” originates from Argentina in the 1980s. The players of Primera Division side Estudiantes would pick up injuries when Kiricocho (a supporter of the club) attended their training sessions.

Their manager – Carlos Bilardo – tested this method out as he had the supporter attend all their games that season. It seemed to work as the only game they lost that year was the one Kiricocho missed.

As a result, this term has been labelled as a curse ever since in Argentina.

Elsewhere, Arsenal boss Mikel Arteta has insisted that Saka “will be fine” after his penalty miss:

“He will be fine, he’s such a strong character.

“He has received a lot of love and support from the world of football, not only at Arsenal but with the national team, and all the English fans because he doesn’t deserve anything like he’s been through.

“He’s had a phenomenal season and in football if you want to be the greatest you have to know today at 19 you will lose more than you win unfortunately in this game, and there is no exception to that rule.”

The Spaniard also discussed the racist abuse that Saka has received:

“Hopefully we can make a strong statement and we have to stop that racist abuse on social media and people using social media to hide and put people in really bad places.

“Hopefully the laws will become stronger.”