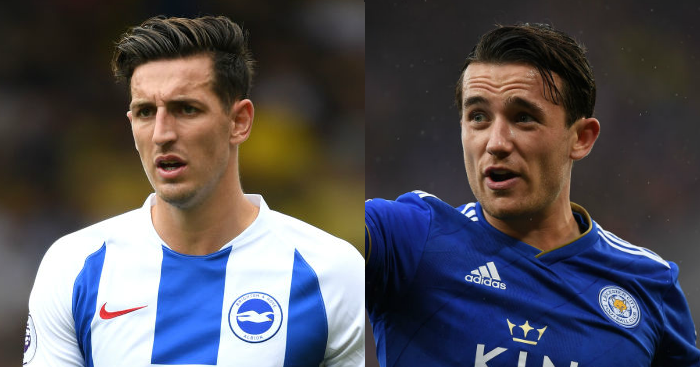 Both Burnley’s James Tarkowski and Manchester United’s Luke Shaw are doubtful for the Uefa Nations League games against Croatia and Spain, the first of which will be played behind closed doors.

The only other recognised left-back in the squad, Danny Rose, is also carrying a knock, so Shaw’s injury means Leicester City’s Chilwell looks likely to add to his sole England cap, which he picked up last month.

Brighton defender Lewis Dunk has been a favourite of this site for quite some time, so we are pretty chuffed to see him in the frame for his very first England call-up.

It would cap a lovely week for Dunk, who has also signed a new five-year contract with the Seagulls.