Home All The News Chilwell: Chelsea forward up there with Kane and Vardy 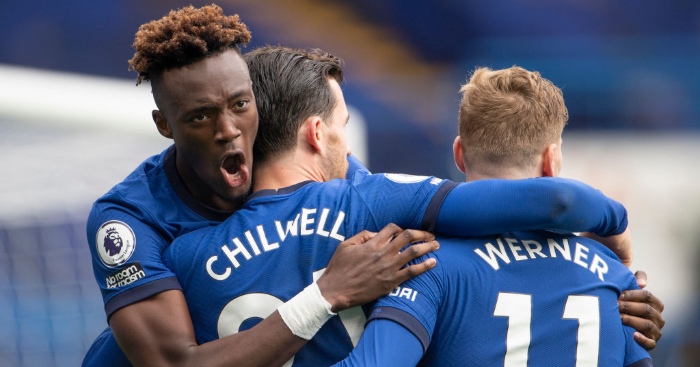 Ben Chilwell believes his Chelsea teammate Timo Werner is at the same level as Harry Kane and Jamie Vardy.

Both Chilwell and Werner were among a number of big-money Chelsea signings this summer. The Blues have spent over £200m on new recruits this summer, who also include Kai Havertz and Hakim Ziyech.

Werner made his name playing for RB Leipzig in the Bundesliga. He had an immense scoring record for them, as he bagged 95 goals from 159 outings in all competitions.

In his final season for the club, Werner scored 34 times from 45 appearances in all competitions. Since breaking through for Leipzig, he has also established himself in the German national team.

Vardy and Kane have been among the leading marksmen in the Premier League for the past five or six seasons. Each forward have scored 15 plus goals in the league every year since the 2015/16 campaign.

Chilwell told Soccer AM, as cited by The Chelsea Chronicle, that Werner could be a world-class forward for years to come:

“I’d already say he’s up there with them two [Kane and Vardy] and he can definitely go on to be absolutely world-class for a long time for the next 10 years or so.

“I think when you look at his age and how prolific he is in front of goal, even now his start to Chelsea he’s scored a lot of goals already. Just in front of goal he’s so good.

“He has similar characteristics to both Vards and Harry to be fair. In terms of running the channels and how quick he is it’s similar to Vards. With Harry his link-up play and is finishing is similar. He’s definitely in a category with them two.”