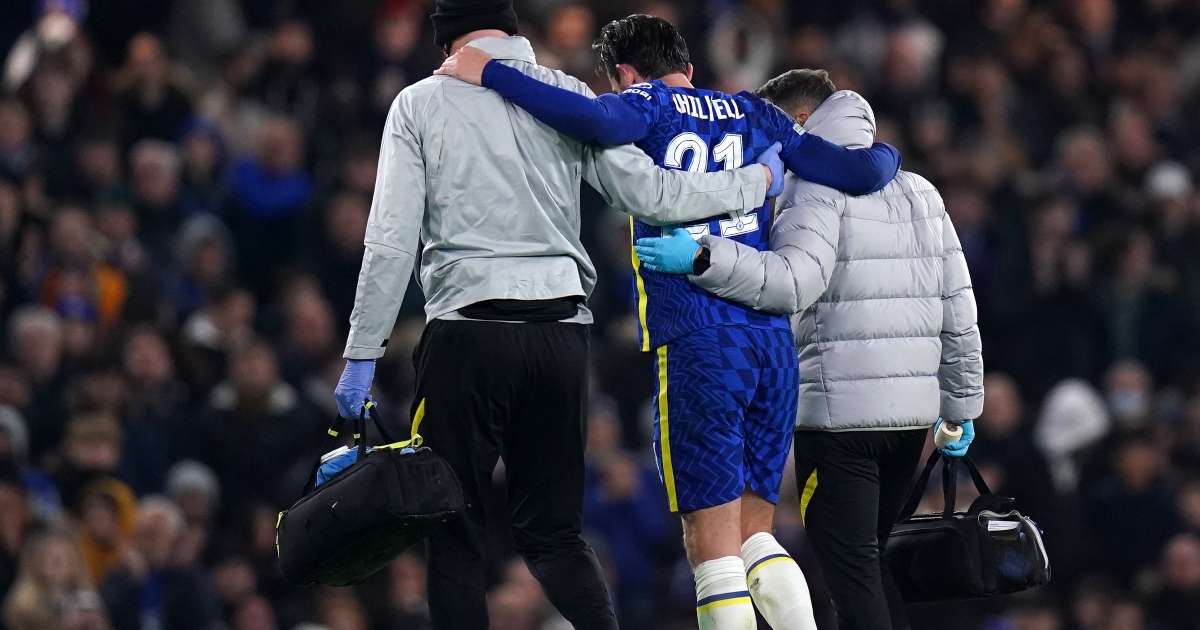 Chelsea left-back Ben Chilwell is set to miss the rest of the year after suffering ACL damage, according to reports.

The extent of the England international’s injury is still unknown as he waits to see if he will play again this season.

Chilwell suffered the injury against Juventus during the Blues’ emphatic 4-0 win in Tuesday’s Champions League clash.

How Antonio Conte would manage every other Big Six club

The Telegraph reporter Matt Law reported the news on Wednesday that Chilwell will not return until next year at the earliest.

Law adds that Chelsea are likely to wait until the New Year to make a decision on if the 24-year-old can play again in 2021/22.

UPDATE: Ben Chilwell set to miss at least the rest of the year with suspected ACL damage. Chelsea prepared to delay a final decision on whether he can play again this season until the New Year. Story and details here: #cfc https://t.co/SgufofKeq7

Chilwell has been in excellent form for the European champions in recent weeks after initially struggling for game time at the start of the campaign.

Having returned late from Euro 2020 duty with England – despite playing zero minutes for the Three Lions – he found himself behind Marcos Alonso in the left-back pecking order.

In Chelsea‘s first six league matches this term, Chilwell did not play a single minute, but has played the full 90 minutes in each Premier League encounter since.

The defender scored in three consecutive league games after making his first top-flight start of 21/22; netting in wins against Southampton, Brentford and Norwich.

Chelsea are in tremendous form this season and sit top of the Premier League as well as their Champions League group.

Earlier this month, Chilwell put the team’s success down to an absence of egos throughout the squad.

“It is obviously frustrating because as a footballer you want to be playing week in, week out,” he said of the early weeks of the campaign.

“I knew I had to be patient and bide my time.

“And I think that’s a sign of the fact we’ve got such a strong group that’s doing well at the moment because there are no egos in this squad; there is a group of players that want to work hard for the manager, work hard for the club and for each other and whoever gets their opportunity they’re ready.”