Home All The News Chilwell: Sterling-Gomez row has already been ‘squashed’ 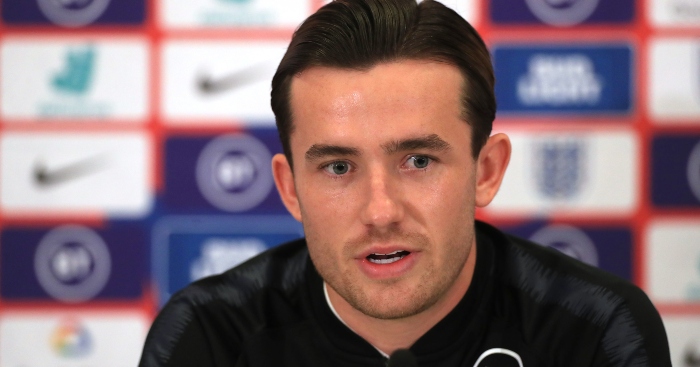 Ben Chilwell insist the England squad has already ‘moved on’ from the clash between Raheem Sterling and Joe Gomez which has marred preparations for the Euro 2020 qualifier against Montenegro.

The Football Association announced on Monday that Sterling would not be considered for Thursday’s Wembley clash following an incident involving Gomez at the team’s St George’s Park training camp.

The pair had been involved in an on-field clash during Liverpool’s 3-1 win over Manchester City at Anfield on Sunday, with tensions seemingly still running high as the players convened for Three Lions duty.

The pair both trained on Tuesday morning, before Gareth Southgate brought forward his usual media appearance by 24 hours to address the burning issue.

When asked if all the players were happy with the way the situation was dealt with, Leicester left-back Chilwell replied: “Yeah, definitely.

“We had the meeting yesterday. Gareth didn’t want to make a decision himself, he wanted to make sure we came to the right decision with the leadership group.

“It got spoken about between the leadership group and Gareth, and the decision has been made and we’re all very on board with that.”

Chilwell added: “It’s been squashed and we’ve moved on today. I didn’t see it. I was one of the later people to turn up yesterday.

“The team meeting happened last night, and Gareth obviously spoke about the situation and spoke about what he thought, and he also wanted to know what we thought about it.

“Joe and Raheem got the chance to talk, which they both wanted to do. For Raheem, he wanted to apologise and Joe wanted to get stuff off his chest as well. That was it done then.

“(Sterling) was apologetic. He said it’s not in his nature, which it’s not. We all know as footballers that emotions can run high. There’s no-one trying to make excuses for him, including himself.

“Joe’s himself. He’s good. It’s one of them things that’s quite difficult to overcome. To be honest, it wasn’t on anyone’s mind this morning.”