Home All The News Chilwell wants us to ignore Leicester defeat 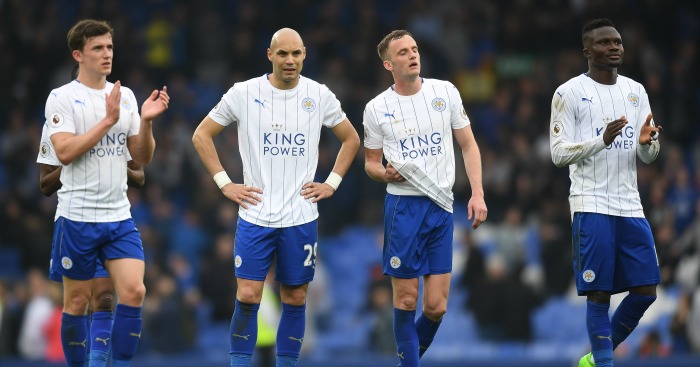 Defender Ben Chilwell insists Leicester will still visit Atletico Madrid in the Champions League this week in confident mood despite their winning run ending at Everton.

The Foxes arrived at Goodison Park on Sunday having won all six fixtures since sacking Claudio Ranieri in February and with his replacement Craig Shakespeare chasing another victory that would have equalled a Premier League record for new managers.

However, such a feat was deemed secondary to the first leg of their last-eight tie with Atleti in the Champions League three days later as Shakespeare made five changes in a 4-2 loss.

The momentum may have stalled on Merseyside, but left-back Chilwell has stressed it has not dented their belief ahead of a trip to the Vicente Calderon.

“We’ve got the Champions League game on Wednesday, which is another massive match for the club,” he told LCFC TV.

“Obviously everyone’s confident going into it, even though it was a bad day at the office. Everyone’s still confident and we’ll go into it with the same form that we’ve had previous to this game.

“It was six wins before this and it was a great run. It would have been nice to carry it on but Shakey’s rotated the squad and given a few more players a chance with the Champions League game on Wednesday and resting a few of the players.

Foxes captain Wes Morgan is still not ready to return for that contest but Danny Simpson, Christian Fuchs, Wilfred Ndidi, Riyad Mahrez and Shinji Okazaki should return to the line-up while Jamie Vardy only played an hour at Everton.

That fixture came a day after Atletico played the Madrid derby on Saturday, a contest Shakespeare was unable to watch at the time as Leicester were travelling west, and the additional 24 hours of rest may be beneficial to Diego Simeone’s team.

“It would have been helpful (to play on Saturday) but we know the situation and we have to get on with it,” Shakespeare said.

“We didn’t dwell on the wins, we move on to the next game. The players won’t dwell on this, we can’t do. We’re in training on Monday preparing for a big game on Wednesday.

“We have to move on quickly. The players will brush themselves down and we will be ready for Wednesday.”