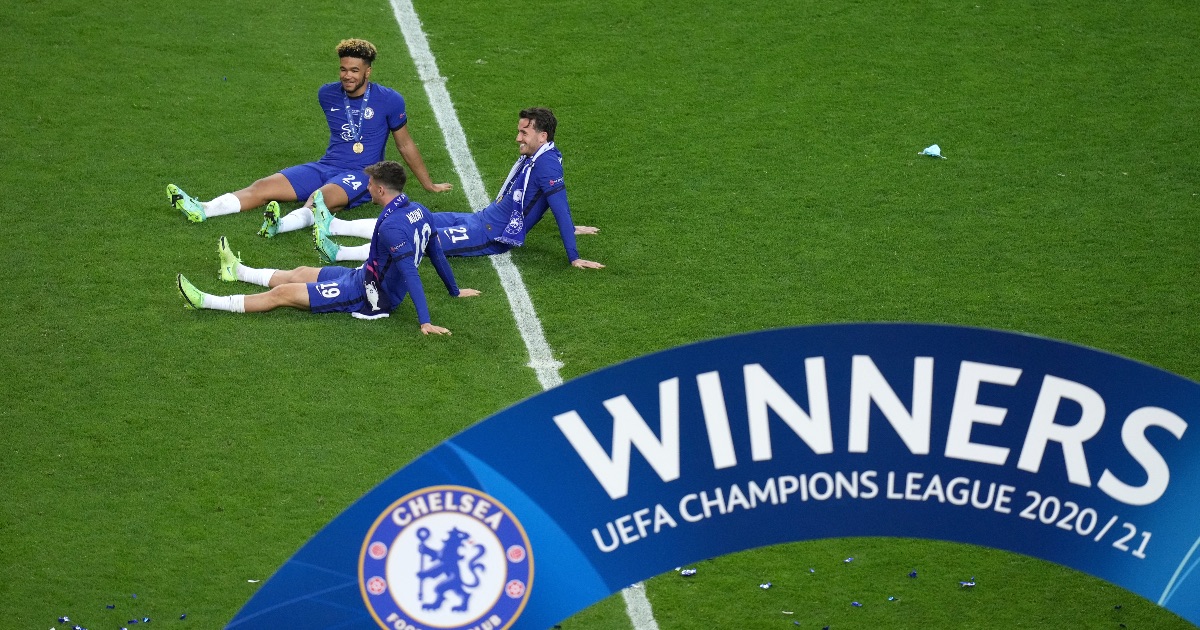 Ben Chilwell says the Champions League final has made Chelsea and Manchester City players closer rather than created any awkwardness in the England camp.

The sides went toe-to-toe in Porto just a week and a half ago, with Kai Havertz’s effort enough to seal the Blues a 1-0 victory against the Premier League champions.

The players have gone from rivals to team-mates as England gear up for Sunday’s Euro 2020 opener against Croatia, with Chilwell saying there has been no hangover from the result in Portugal.

“It wasn’t awkward in the slightest,” the left-back said. “If anything – and it’s quite weird to say – it’s actually brought us closer.

“To share a Champions League final, although they were on the losing side, we come here and it wasn’t awkward.

“Like I said, it’s probably brought us a bit closer because to share that experience, such a massive game in all of our careers, it’s going to be good for us, put us in good stead going into this tournament, playing in a big game like that.

“It can only be a positive in a tournament like this.”

Asked if they had spoken about the Champions League final, Chilwell said: “Not really. A few jokes with the City boys! They have instigated them.

“I don’t really want to say too much about that! But, yeah, not really too much has been said. A few things but all in light-hearted ways.”

Chilwell says he has just about come down to earth after winning the Champions League, with wild celebrations followed by a tranquil pre-Euros break at his mum’s house.

“To go home, walk the dog, go watch the local cricket games, it was nice,” he said.

“I haven’t played cricket for a while so to get home and go and watch the team that I used to play for – Flitwick – was quite nice.

“I just went and sat on the side with my dog. And watched. Flitwick against Ampthill.”

That break has the 24-year-old feeling refreshed and ready to battle for the left-back berth with Luke Shaw.

“We get on really well,” Chilwell said. “Of course, there will be competition for places in every position.

“It is a very strong England squad with a lot of very good players and I have said it before with me and Marcos (Alonso) at Chelsea.

“I have had it with Christian Fuchs at Leicester for two or so years, and in both cases it made me a better player.

“And if that is the same all over the pitch with two or three players fighting for one shirt, of course there are only 11 shirts and people desperate to play the first game against Croatia.

“There are only a few players that can play out of a very strong squad so going back to mine and Luke’s situation, we get on very well and are excited.

“In a weird way it is quite fun pushing each other and training to get better and whoever plays on the day will give their best and the other player will be very supportive.”

Chilwell would love to be the left-back called upon against Croatia on Sunday, when England will step out at a major tournament on home soil for the first time in 25 years.

“A final in Wembley, in your home country,” he added.

“With potentially fans back in the stadium, hopefully, after what’s been a difficult year for the whole country – there’s not much more motivation than that to give everyone a bit of happiness and pride this summer.”