Home All The News China 0-6 Wales: Gareth Bale is a record-breaker…. 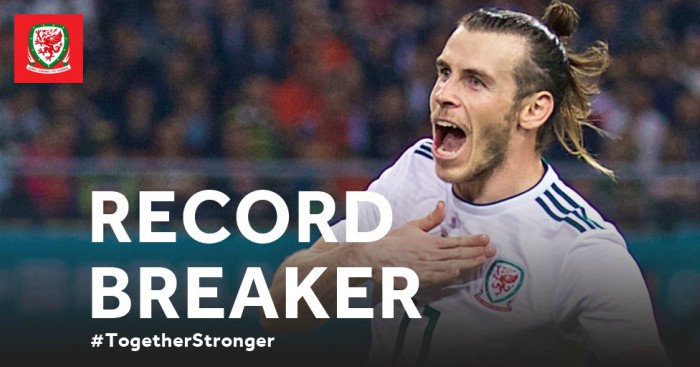 Ryan Giggs enjoyed a dream start as Wales manager on a night when Gareth Bale became his country’s top goalscorer in a 6-0 win over China.

Sam Vokes also scored twice and Harry Wilson – winning his second cap more than four years after becoming Wales’ youngest-ever player – was on target as China were thrashed in front of a noisy 36,000-plus crowd in Nanning.

The two nations had never met before and 45 spots separated 65th-placed China from Wales in the FIFA world rankings.

That gap was more like a huge chasm as Giggs enjoyed a stress-free start to management against World Cup-winning coach Marcello Lippi, an old adversary when he was a Manchester United player against the Italian’s great Juventus sides of the 1990s.

Giggs had to wait two months for his first match following his January appointment and the opportunity build on the work of predecessor Chris Coleman.

There was no discernible change in tactics – Wales lined up with three central defenders, two wing-backs and Bale operating in the free role which had inspired them to reach the semi-finals of Euro 2016.

Bale had only arrived in China two days earlier after playing for Real Madrid on Sunday.

But he clearly had Rush’s record on his mind and the first treble of his Wales career secured the landmark, having played four games fewer than the 73-times capped former Liverpool striker.

Bale’s hat-trick was the first claimed by a Wales player since Robert Earnshaw achieved the feat against Scotland in February 2004.

There was no doubt who was the star attraction at the Guangxi Sports Center as a huge roar greeted Bale’s first touch.

The decibel levels rose even further in the second minute when China allowed the Real forward to break into the penalty area and switch the ball onto his left foot for a precise finish.

But the warning signs were flashing for the hosts as Yan Junling raced out of his goal to deny Bale a second, and Ashley Williams headed over at the far post after being left unmarked from Ben Davies’ corner.

And Bale equalled Rush’s record after 21 minutes when Vokes helped the ball onto him and he finished past Yan with ease.

Bale was left in a heap by a crude Wei Shihao tackle which would have displeased Real manager Zinedine Zidane, with their Champions League quarter-final tie against Juventus less than a fortnight away.

But Bale was soon back on his feet and crossing for Andy King to set up Vokes for Wales’ third goal.

Bale was desperate to score his first Wales treble and twice he tested Yan from distance with well-struck shots.

But he turned provider moments before half-time when he slipped in Wilson and the Liverpool youngster, currently on loan at Hull, smashed his effort home.

Giggs resisted the opportunity to make changes at half-time and he was further rewarded when the impressive Wilson allowed Vokes to move into double figures for his country after 58 minutes.

Bale must have known the clock was ticking on his involvement but the moment he had been waiting for arrived four minutes later.

He raced onto a ball over the top to again leave Yan helpless and celebrate his record-breaking goal with all of this team-mates.

Yu Hanchao almost claimed a consolation goal when he struck the post late on but, in truth, this was as easy as it gets for Wales.

Test your knowledge on the Miami Open (Tennis365)