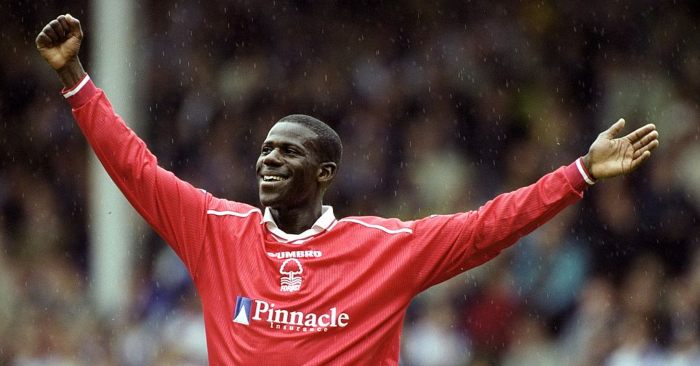 Former Premier League footballer Chris Bart-Williams has revealed he’s felt his life has been in danger by simply driving his car in the United States.

The ex-Nottingham Forest and Sheffield Wednesday favourite now runs his own soccer recruitment agency and is based in Florida and North Carolina.

Racial tensions have boiled over since George Floyd was killed while in police custody with millions of people taking part in Black Lives Matter protests across the globe.

He told the Talkin Fitbaw Podcast: “It’s sad to say but I’ve experienced both sides of the coin with the police.

“Yes, I’ve certainly been protected, I can’t deny that and I’m very grateful whether that be in England or in the States, especially being around schools.

“We have state troopers looking after us and make sure that there’s no shooters.

“And there’s times I’ve been driving where I’ve felt threatened with my life. It’s scary, it is scary.

“I remember stopping a fight here in Miami about six years ago.

“There was a fight outside a school and someone was trying to take someone’s kid and I stopped him.

“I put my arm across his neck and I wouldn’t move. These mothers called the police and the police arrived and tried to arrest me!

“The mums are like ‘What are you doing? Not him, the guy who’s sitting in the car trying to kidnap the kid.’

“They didn’t ask a question, nothing.

“That’s just one of my experiences so it’s hurtful but it is an issue. Anybody who keeps saying it’s not, it is an issue because I’ve seen both sides of it.

“But I’ve also seen the police that have been there and helped and do their job and don’t care about what nationality or race you are.

“Just now, it’s great to bring attention to it, it’s just now can we find a common ground where we can start to trust the police.

“There’s a lot of people who are non-black who are very supportive which helps bring attention to it.

“That’s what’s changed which is it’s not just a black movement and black people saying, ‘Hey there’s an issue’, it’s actually other cultures that are now part of that fight.

“It’s really lives matters for all, not just black, but certainly this particular topic requires attention.”