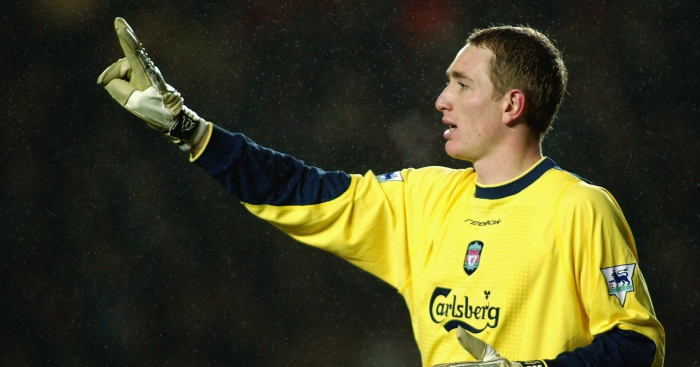 Former England and Liverpool goalkeeper Chris Kirkland has revealed his battle with depression which led to his retirement.

The 36-year-old, whose career was hampered by injuries, contemplated suicide, but says thoughts of his wife Leeona and daughter Lucy kept him going.

And he quit football after asking Bury to tear up his contract prior to the 2016-17 season, having joined a few months earlier.

Kirkland told The Guardian: “I was worried how close I was to the next step. That’s why I said: ‘I need to stop playing football’.”

Kirkland began his career with Coventry and also played for Wigan, West Brom, Leicester, Doncaster, Sheffield Wednesday and Preston. He was a member of the Liverpool squad which won the 2005 Champions League.

He added: “It’s easy for me to talk about it now because I’ve seen a way out of it.

“That is the biggest thing and I want other people and other players to know that you’ve just got to talk.

“I never saw a way out of it until I started to talk about it. There was a fear. But as soon as you talk, that’s when you’re helping yourself and your family.”

Kirkland, who made one England appearance in 2006, also reflected on what might have been had injuries not blighted his career.

He said: “I always wonder, and I can’t help it, where I would have got to if I had been injury-free.

“My career could have been a lot better. When people say Chris Kirkland, they say: ‘Always injured.’ It’s not like: ‘Chris Kirkland; he won the Champions League.'”