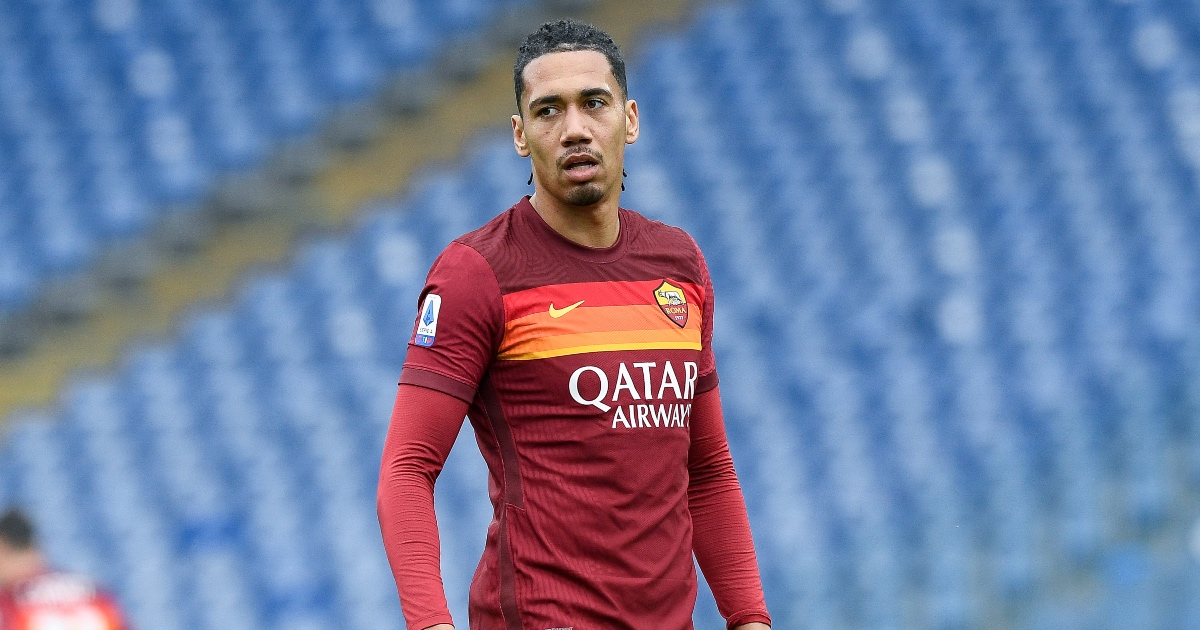 The 31-year-old clocked up 323 appearances for United after signing from Fulham in 2010, winning two Premier League titles and six cups during his decade-long stint with the Red Devils.

Smalling spent the last year of that time on loan at Roma before making the move permanent in October, with the defender set to feature at his old stomping ground in Thursday’s Europa League semi-final first leg.

The centre-back started as United won that competition in 2017 and is now looking to halt his former club’s bid for their first piece of silverware since then.

“It’s a special game, it’s a semi-final and added on top playing against United.

“Obviously being in Rome for nearly the last two years, I know the importance of bringing home a trophy because it’s been far too long.

“There’s so many ingredients for this so I don’t think there will be a bigger game to be a part of.

Smalling was allowed to leave Old Trafford in 2019 despite being one of United’s better centre-backs as the club made room for Harry Maguire.

“This season they’re obviously having a very good season,” the ex-United defender said of the work being done by Ole Gunnar Solskjaer.

“When he first came in I was injured, but then as soon as I got fit he played me and we had a good relationship.

“Then obviously we had very honest conversations in the summer but, yeah, now we’ll meet on the pitch and I’m really looking forward to it.”

Smalling returned from a six-week absence with a knee complaint in Sunday’s 3-2 loss to Cagliari – a period in which his family home in Italy was also targeted by armed robbers.

The 31-year-old feels fresh and ready for Thursday’s Old Trafford encounter, which fellow former United player Henrikh Mkhitaryan will also be involved in on the back of receiving a remarkable send-off from the training ground in Rome.

“Personally I’m feeling good,” Smalling said. “It’s no secret that I have missed a lot of games this season, which is very unusual for me.

“The fans outside Trigoria, I think there are very few clubs in the world that are able to have a fanbase that can do things like that.

“We know the importance of tomorrow and bringing back a positive result to Rome so that we give our fans something to be proud of and we can look forward to the second leg because it’s 180 minutes.”