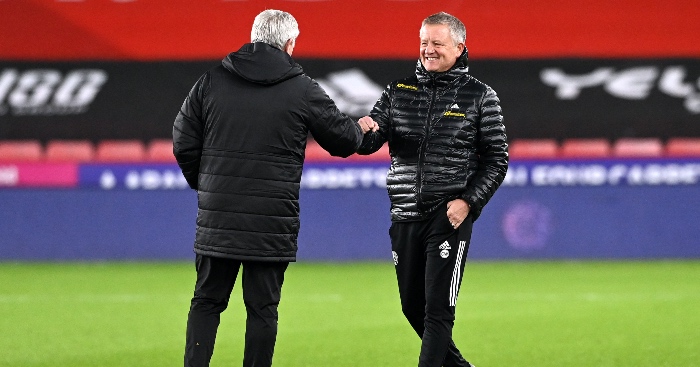 Sheff Utd boss Chris Wilder has admitted to ‘counting the days’ of their winless run, after they ended it by beating Newcastle 1-0.

The Blades gained the advantage in the first half as Ryan Fraser was sent off.

They outplayed the Magpies throughout the match and had multiple good chances to score.

READ: Barnes urges Liverpool to invest in Watford man and a CB

Club captain Billy Sharp eventually did so in the 73rd-minute. He was given a penalty after Federico Fernandez handled the ball in the box.

Sharp dispatched of the penalty with relative ease, scoring his 100th league goal for Sheff Utd in the process.

Speaking about their long-awaited victory to BBC Sport, Wilder said: “[186 days without a win] I have been counting! Every minute of every hour of every day! It feels good, I’m delighted. We should have got more results, we know that, but the performance was good.

“We played with the identity that has been the way we have played for the last few years. I should imagine the sending off and the penalty will be talked about but in my opinion we were value for the victory tonight.

“Everybody needs a bit of luck. But it wasn’t an outrageous stroke of fortune. The performance was good, considering the position we are in.

“We’ve had a load of tight games and we’ll take it. I was looking for my car keys and to take up another sport if we’d thrown it away in added time.

“I might have a glass in my own bubble tonight.”

The victory puts Wilder’s side on five points after 18 matches. Their other two points came in draws against Fulham and Brighton.

Wilder will be hoping this is the start of a miraculous escape from the relegation zone.

His team showed some of the creativity they are capable of, which was regularly demonstrated last season.

Sheff Utd’s next match is against Tottenham on Sunday.