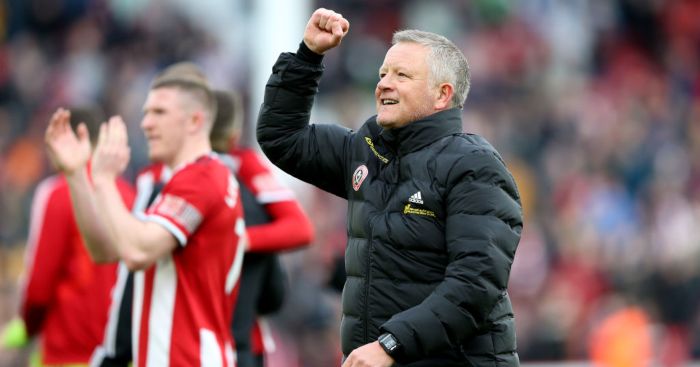 Sheffield United manager Chris Wilder has called the results of the coronavirus tests conducted throughout the Premier League “encouraging” as players return to non-contact training this week.

The Premier League announced on Tuesday that six people had tested positive out of 748 at 19 clubs. Norwich conducted their tests on Tuesday, with the results not yet announced.

Watford have said three of the positive tests were at their club – one player and two staff members – while Burnley have said that assistant manager Ian Woan also tested positive.

Speaking on Sky Sports, Wilder said: “A lot of people have been tested and the signs are encouraging.

“Testing has been very thorough. A lot of hard work has gone into to make sure this runs as smoothly as possible.

“It is baby steps in the process of returning to full training.”

The Premier League is continuing to target a return to action next month. Although there is a limited window for training to get up to full speed, Wilder said players were not starting from scratch as they would in a regular pre-season.

“When we paused the season, these players have an obligation to their profession to keep themselves right so straight away, the programmes they were given, they weren’t off to Dubai or Vegas eating and drinking whatever they want,” Wilder said.

“They’ve got a professionalism about them and my players are in absolutely brilliant condition. We’ve tested them right the way through. They’ve got individual programmes. They didn’t know when this was going to kick-start and they had to be ready.”