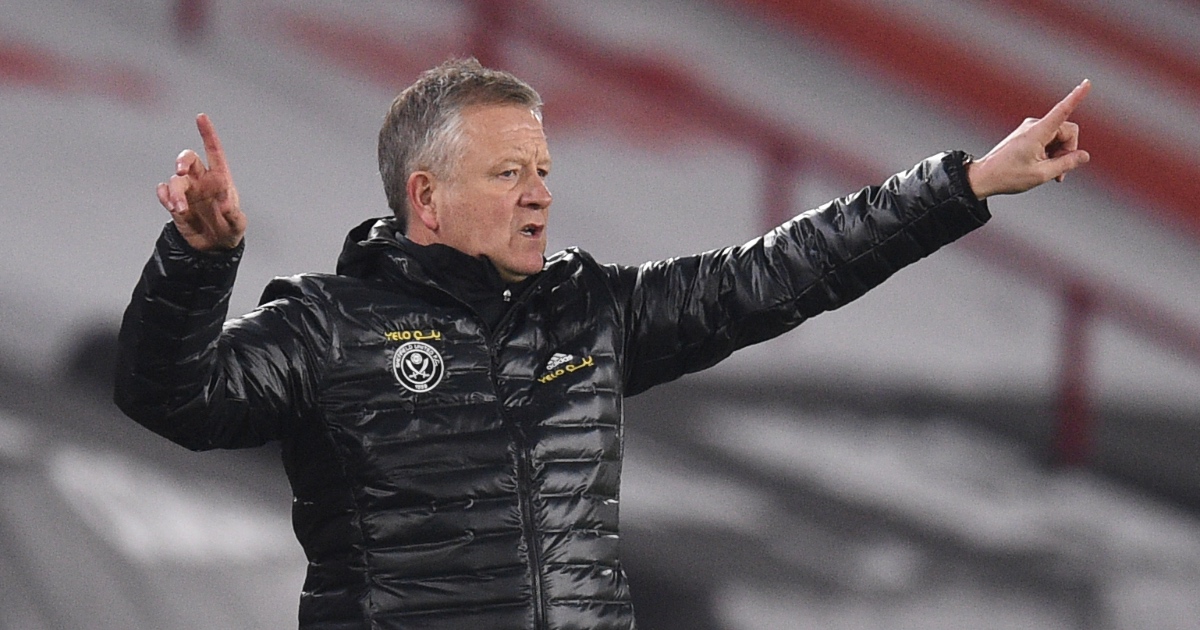 The future of Sheff Utd manager Chris Wilder is reportedly ‘under threat’ after multiple clashes with the club’s owner.

Wilder has had a tough season with the Blades following their winless start.

They’ve managed to end that streak in recent months but are still 12 points from safety.

According to the Daily Mail, Wilder’s stress isn’t all caused by the performances on the pitch.

They claim that Wilder is clashing with owner Prince Abdullah over matters such as transfer policy and a director of football.

Sheff Utd’s transfers have been criticised this term, with record signing Rhian Brewster still yet to score.

Fellow forward Oli Burke has only managed one goal in 18 league appearances.

The club’s hierarchy are thought to be displeased with their lack of impact on the pitch.

Wilder wants the club to back him in the transfer market as they prepare for life in the Championship next season.

His argument will mainly look at the success of the players that Sheff Utd were hoping to sign.

The Blades were linked with Ollie Watkins, who has since scored ten league goals for Aston Villa.

United didn’t want to spend £27million on the striker but it has cost them in attack this season.

Wilder also wanted Villa full-back Matty Cash, who has been excellent since moving from Nott’m Forest.

Prince Abdullah is keen to install a director of football at Bramall Lane, which Wilder is thought to be opposed to.

The English manager, and boyhood fan, has also clashed with his club over their training facilities.

He wants them to be bigger and better to give Sheff Utd a chance against the rich Premier League clubs.

But nothing has happened just yet, causing tension between those at Bramall Lane.

Speaking to talkSPORT, he said: “I told him: ‘You are our coach and we are going to stick with you even if we lost all the rest of the games, because we think you are the coach to get us out of the Championship’.

“Of course I told him some other things that I want to keep between me and him, and we have to sit down after the season to evaluate the season and see what we can do better, look at our recruitment, many things.