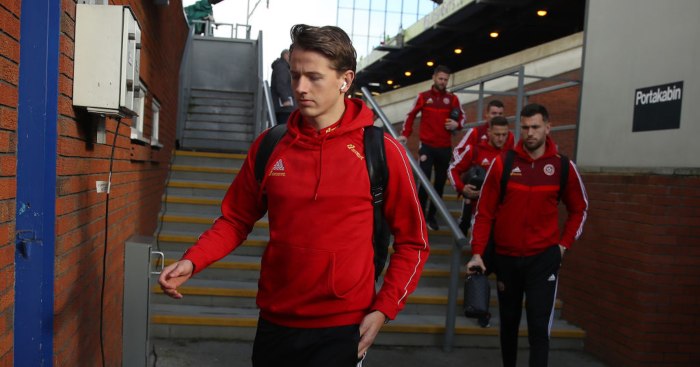 The Norwegian was thrown in from the off at Selhurst Park despite only joining on Thursday and looked right at home during his 68 minutes.

He clattered into Wilfried Zaha early on and made more tackles than anyone on the pitch, but he also showed his quality on the ball in moderation.

“Sander can be pleased with his performance, he has fitted in fantastically well and certainly there is more to come,” Wilder said.

“I think people have to recognise as well he is only 21. He has played in the Champions League, he has won a title in the Belgian league, but now he is in the big league and he will adapt, improve and certainly improve us as a football club.”

Berge moved to Bramall Lane on the penultimate day of the January transfer window for a reported fee of £22million, having been linked with a number of other Premier League clubs.

After impressing during his first training session, Wilder decided to start him at Palace and, although the former Genk midfielder was unable to last the 90 minutes, his expression when he was substituted pleased the Blades boss.

The 52-year-old added: “It’s been an incredibly hectic 72 hours for Sander, but I thought it was the right thing to do.

“He looks like a Sheffield United player, he’s athletic, he gets about the park and he can pass it. There is more to come from him obviously, but it was a tough afternoon.

“I think he felt it when he came off after getting subbed. The look on his face said ‘wow, I am going to have to get up to speed in this division’, which is great, but he contributed.

“It wasn’t the most free-flowing of performances. We got our noses in front and the first goal was always going to be key.”