Home All The News Wilder: Sheff Utd can still ‘beat the odds’ and avoid relegation 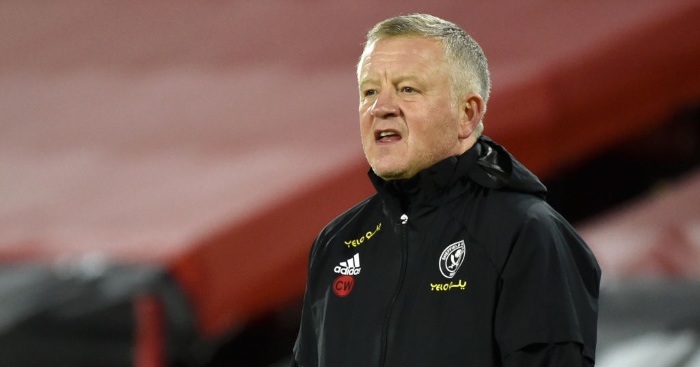 Sheff Utd boss Chris Wilder believes his side can still ‘beat the odds’ and avoid relegation to the Championship.

The Blades have endured a tough start to the season, picking up just two points from 14 matches.

They are still up for the fight, but time is running out for Wilder and his team.

They desperately need some victories soon if they are to avoid the drop.

Wilder remains confident that his side can do it. Speaking ahead of their Boxing Day clash against Everton, he said: “The odds are there for a reason, but the odds are always there to be beaten as well.

“The season doesn’t finish after 15 or 20 games so as long as there are games to play, then we have a situation where we can pick up points. Who knows what happens above us?

“Of course, looking at the points tally and the gap, we’ve got to obviously claw our way back into the fight first and foremost. But there are enough games to do that.

“We can do it, but obviously over this period, we need to do it sooner rather than later and give ourselves a chance.”

Sheff Utd face academy graduate Dominic Calvert-Lewin on Boxing Day, who has been in great form this season.

Speaking about the Englishman, Wilder said: “It was a difficult time for us to hold on to Dominic, but opportunities have opened up there and he’s taken them, not just at club level, but at international level. I’m delighted that he has.

“He’s a Sheffield boy and somebody who thinks a lot about this football club, and it’s great to watch his progression through the last two or three years.”