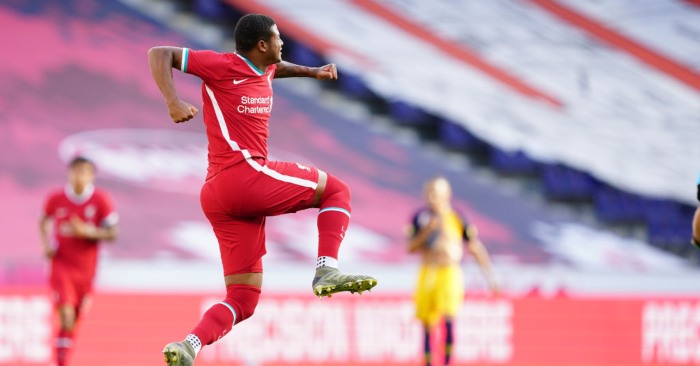 Sheffield United manager Chris Wilder is confident of signing a striker on loan before the end of the transfer window amid links with a Liverpool player.

Following the arrivals of Aaron Ramsdale, Max Lowe, Jayden Bogle and Oliver Burke on permanent deals and Ethan Ampadu on loan from Chelsea, Wilder declared it had already been the best transfer window since he joined the club in 2016.

He wants to do one more piece of business to “complete the set” and a striker is on the agenda. The PA news agency understands that Liverpool youngster Rhian Brewster is Wilder’s number one target, with reports in the Liverpool Echo previously linking the two parties.

The Blades have held talks with the Premier League champions regarding the England Under-21 international but Reds boss Jurgen Klopp has yet to make a decision on the future of Brewster, who spent the second-half of last season on loan at Swansea in the Championship.

“It will most probably be the loan market and we are waiting for dominoes to fall elsewhere. There is another one to complete the set, hopefully coming sooner rather than later, but if we have to wait then the wait will be worth it,” said Wilder.

“That’s the one we are speaking to at the moment. But there’s players on our list, whether they are loan or permanent, and like everybody, there’s a pecking order on that one.

“We’re confident that we can get the one that we want and if not we’re confident that there will be other players that will find Sheffield United an attractive proposition and they will be within our budget that we’ve had and the owners have given me.”

On the quartet who have already arrived at Bramall Lane, Wilder said: “Pound for pound when the window is shut and the players are in place, I will be delighted.

“I’d say that it has been the best transfer window we’ve had in my time at the club. We’ve had to be patient and there has been a lot of hard work done.

“But getting the other one is important. That will take us up to 25 players for the squad and complete our business.”