Brewster might now get his chance at a place he is familiar with now Wilder is more confident he is ready. 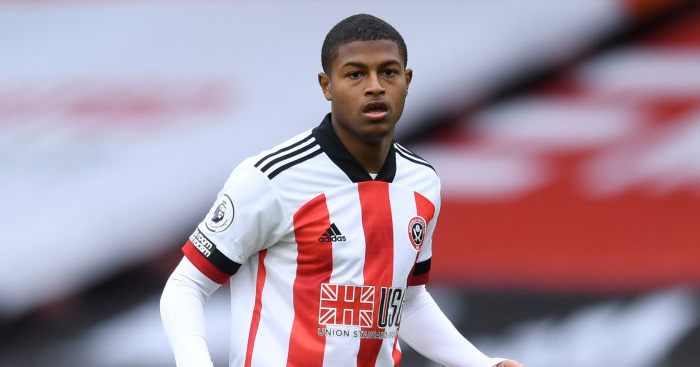 Brewster, who swapped Anfield for Bramall Lane earlier this month in a deal that could be worth up to £23million, made his first appearance for the Blades as a second-half substitute in the draw with Fulham.

Wilder toyed with the idea of starting his big-money arrival against the Cottagers but erred on the side of caution after feeling the 20-year-old striker was not quite at the right level of fitness.

Brewster might now get his chance at a place he is familiar with now Wilder is more confident he is ready.

“He’s settled in well, he’s an infectious character and I’ve no hesitation (in playing him), he’s pushing,” said the Blades boss.

“His natural ability and talent is there to be seen by everyone, and everyone has seen that already, it’s just the physical side of it and not opening him up to injury and damaging him early in his Sheffield United career.

“It was a difficult decision for me on Sunday whether to start him or bring him on from the bench.

“Having not played much football, you can find at times when players get caught up flitting between Under-23s and the first team that their fitness isn’t where it needs to be.

“We want him to play and we want to get him into the team but always the big decision for the manager is the timing of that.

“But obviously he’s had another week’s training, which won’t have done him any harm at all, so he has put himself right in the frame to – certainly be involved at the weekend – and to start as well. He’s really at the forefront of our thinking.”

Sunday’s 1-1 draw with Fulham at Bramall Lane saw the Blades get their first point of the season on the board, following four successive Premier League defeats.

Despite the slow start to the campaign, Wilder sees no reason to be alarmed just yet.

“I think anybody who has watched us through this difficult period will say they have been decent performances,” said Wilder, who led the Blades to a ninth-place finish last season on the club’s return to the top flight.

“I don’t think there have been halves of games where you can say, ”Dear me, we are all over the place’, and this is not what we are about. There’s obviously bits to improve but the general standard has been OK.

“I wouldn’t say the wheels have fallen off this year and we were incredibly good last year in the first four or five games, but the difference is then we took chances at crucial times and didn’t make mistakes at crucial times.

“It’s not chalk and cheese, it’s just fine details. So we all have to dig in and work a little bit harder and stick to our beliefs and the things that have got us here.

“We had to gain respect from our performances last year and we have to do that again.”

Max Lowe had to be withdrawn with a head injury against Fulham and the Blades are awaiting a doctor’s report before deciding if he travels to Merseyside.

Meanwhile, midfielder John Fleck will be out for up to six weeks with the back problem that saw him miss out against the Cottagers.