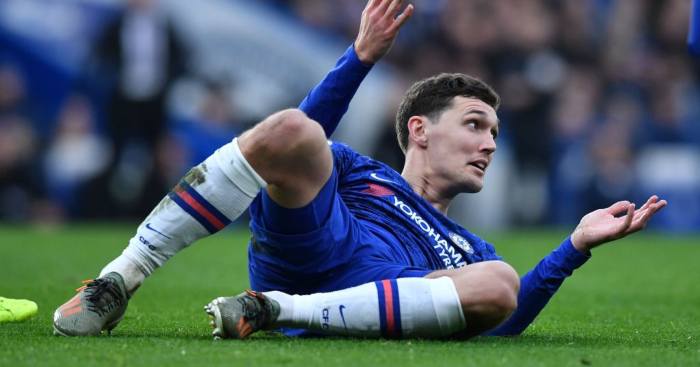 The form of Andreas Christensen is reportedly likely to scupper any return to Chelsea for Bournemouth defender Nathan Ake with Frank Lampard hailing his recent contributions.

Since his £20m departure to Eddie Howe’s Bournemouth in 2017, Ake has blossomed into a fine centre-half, leading to mass speculation he could be set for a move to one of the Premier League’s heavy hitters – with reports claiming Chelsea have a £40m buy-back clause.

A return to Chelsea seemed the most likely outcome, with a December report stating that Chelsea would pay double the fee Bournemouth paid to bring Ake back to Stamford Bridge.

With Chelsea’s transfer ban lifted and Lampard now free to spend, Ake emerged as a top target, but a recent article from British newspaper The Sun has revealed that the development of incumbent centre-back Christensen could scupper the potential return.

The Sun state that: ‘Ake’s return to the Bridge looks to be off,’ with the thought that the player’s arrival would not make sense unless Christensen first departed.

The Danish international had been the subject of reported interest from ‘Barcelona, Bayern Munich, Juventus and AC Milan,’ but manager Lampard firmly shut the door on a potential exit.

Speaking after the victory versus Burnley, Lampard said: “Yes, I can rule it out [a move to AC Milan].

“I like Andreas as a player. I’ve always liked him. I used to train with him and saw the talent coming through.

“He is certainly a player that gets slightly misjudged on age.

“I think he’s been around a long time and went on loan at a young age and did particularly well and people think that he’s probably older than he is.

“He’s still relatively young so that’s absolutely on his side.

“What I want from Andreas is to be the best he can be.

“When you see him and you see the height, the athleticism and the quality on the ball, particularly in choice of pass, then I think he can be all the things I want him to be and I want to work towards that. He knows that.

“What I will say is those little bits in his game can really make him the fantastic centre-half I think he can be.”