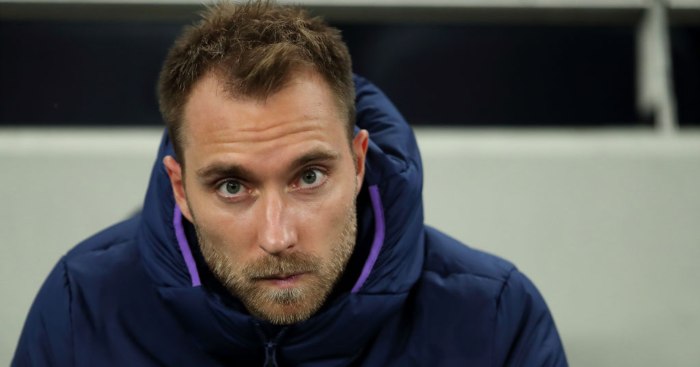 Christian Eriksen says a move to Manchester United would have been the “easy solution” but he wanted to leave Tottenham for a “new challenge” abroad.

The 27-year-old midfielder joined Inter Milan last month for a fee of £17million.

The Dane would have been out of contract in the summer and had been linked with a move away from north London since last summer, when he revealed he was ready for a new challenge in the wake of Spurs’ Champions League final defeat.

Eriksen – who felt like a “black sheep” during his final days at Tottenham – was heavily linked with a move to Man Utd and the Denmark international says that talks were held.

“For a few years but it was never really likely,” Eriksen told BBC Sport.

“We did speak to them of course and we did hear what was possible and what wasn’t possible.

“But, in the end, me personally, I wanted a new challenge. To stay in the Premier League would have been an easy solution.

“Of course, staying at Tottenham would also have been a solution but, for me, it just came down to wanting to try a new challenge in a new country. Once Inter came up it really wasn’t a difficult choice.”