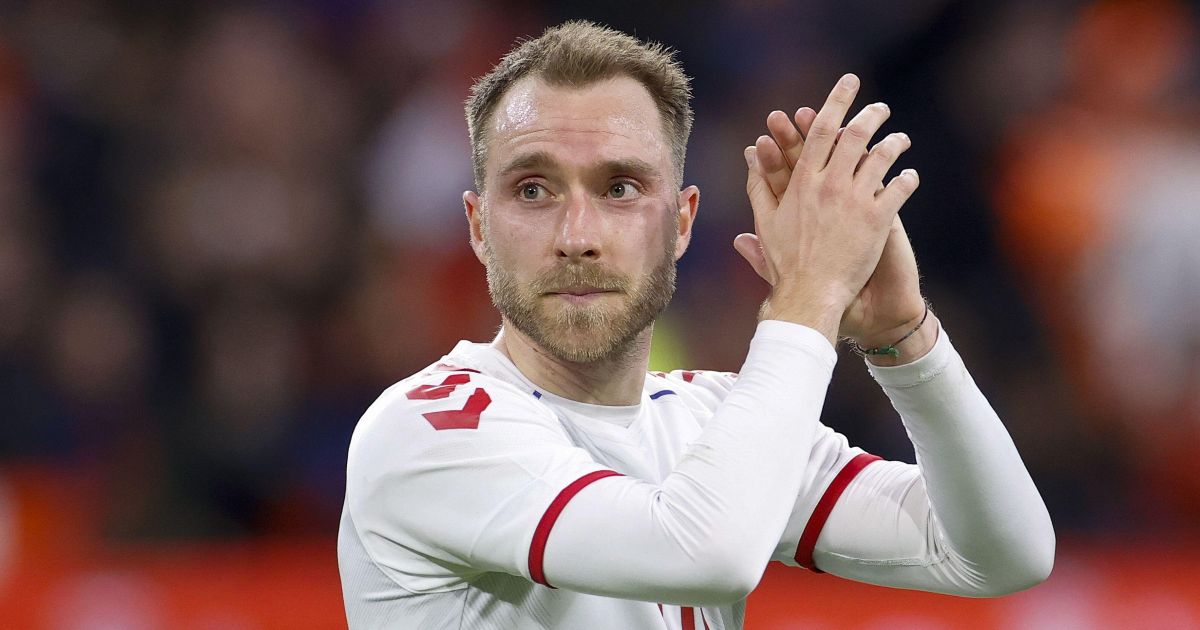 Manchester United fans seem underwhelmed by the signing of Christian Eriksen. They need to be reminded that he is proper good.

It’s very easy, and also a lot of fun, to take the p*ss out of Manchester United at the moment.

They are a great big shambolic mess of a thing in at least 83 entirely separate and damaging ways and there remains the very real possibility – probability even – that it gets worse before it gets any better for a club that once squatted like a giant toad across English football.

But that doesn’t mean we shouldn’t notice or acknowledge an uncomplicatedly good bit of work, and the impending arrival of Christian Eriksen on a three-year deal is that. The only complicated element is the fact it’s probably an even better bit of work than most United fans currently seem to realise. Perhaps because they don’t yet quite appreciate how good Eriksen is or perhaps because they haven’t quite grasped the severity of their own situation. Most likely, it’s a little of column A and a little of column B.

In some ways, Eriksen appears to encapsulate the problems United face. They have had to fight with Brentford for his signature, which is not a thing anyone associated with United considers acceptable or dignified. Secondly, he still technically fits the Ajax Obsession that appears to have gripped the club since Erik Ten Hag’s arrival.

But there’s just so much more context to both of these things. That context is pretty obvious, but both have been overlooked by large sections of the media. First, what Brentford did for Eriksen – while hugely and gloriously mutually beneficial – was also kind of a big deal. Being the first club to hand him a contract after the harrowing events of last summer was not something to be instantly dismissed the first time a bigger, shinier club came along with an offer. It would be perfectly understandable if Eriksen felt a debt of gratitude to Brentford and Thomas Frank that left him considering whether that merited repayment by signing on again with the Bees. In fact, he’d be a pretty monstrous human being if those kinds of thoughts hadn’t entered his head.

Even with United in their current strife, the choice between them or Brentford for any other player of Eriksen’s standing would still be straightforward. That this specific and unique example was less straightforward has really nothing to do with the wider problems at United and should not be conflated.

And the same is true of the Ajax connection. While Eriksen did spend some of his recovery from a cardiac arrest training at the club during Ten Hag’s time, and that time spent together will have informed their decision-making over this deal, it’s hardly the most relevant factor.

It would be hard to find a more Premier League-proven 30-year-old free agent than Eriksen, who established himself as one of the league’s very best players during seven years at Spurs and then, mischievously perhaps more relevantly to United, showed he could still make just as much impact when surrounded by lesser players at Brentford.

It is almost a decade since Eriksen left Ajax to join Spurs for a bargain £11m as the conspicuous shrewd acquisition in the Great Bale Money Splurge of 2013.

He has played 237 Premier League games and scored 52 goals with 71 assists. Beyond those basic yet impressive numbers is the general clever, calm and under-rated endeavour he brings to a side. In Pochettino’s high-pressing, high-energy Spurs teams, it was frequently Eriksen who covered the most ground. He was not just a pretty passer and canny finisher.

He provides, therefore, perhaps the perfect package of the Ajax upbringing that will enable him to play the game the way Ten Hag wants with the battle-hardened Premier League nous that comes with his vast experience of this league. And he showed at Brentford, who won seven of the 10 games he started over the last few months of the season, that nothing has dulled that ability.

Plenty of the reaction from United fans seems to acknowledge that a player of Eriksen’s ability on a free transfer is a ‘no-brainer’ but there does seem to be a vaguely underwhelmed expectation that he will be little more than a squad player, perhaps even quite literally taking Juan Mata’s nice-guy-benchwarmer role in full.

While that may be fuelled in part by frustration that Eriksen’s arrival comes before other more urgent holes in United’s squad have been filled, it seems to underestimate just how good Eriksen is and how well-suited he is to the type of football United will play.

Eriksen has been around so very long and been through so very much that it is easy to forget he is still only 30. He can absolutely be far more than just a squad player for Manchester United – certainly this Manchester United.

And maybe that’s the point. Even the fact they’ve signed a player who really could be far better and more important for them than many seem to quite realise isn’t in fact as uncomplicatedly good news as it should be, because the reason for it is, in part, just that: it’s this Manchester United.