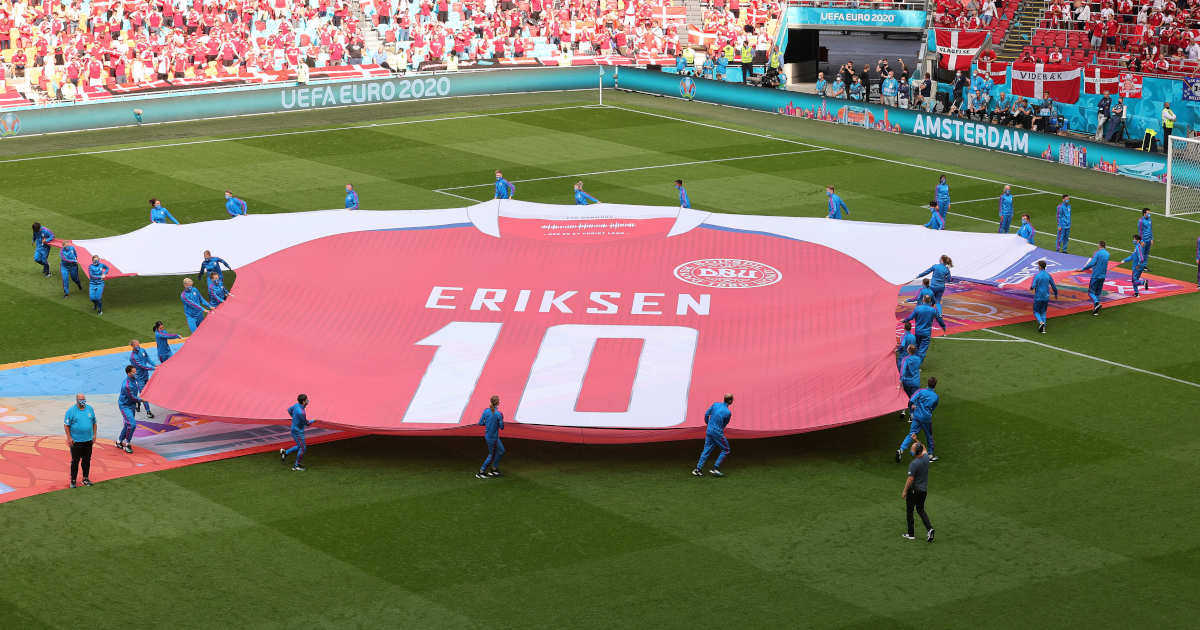 Christian Eriksen returning to the Premier League after his health scare at Euro 2020 would be a good news story for all.

It’s probably an inevitable side-effect of having supported Tottenham Hotspur for 40 years, but I’ve always tended to keep professional footballers at arm’s length. If asked about my favourite players from when I was ten years old, my brain reflexes to the France team of the 1982 World Cup finals or Euro 84 rather than the Spurs team of that era, but sometimes one slips through the net and into your affections when you’re old enough to know better, and for me, that player was Christian Eriksen.

Eriksen had flourished under Mauricio Pochettino, as part of the Spurs team which came together in the middle of the last decade. He was the most creative cog in a wheel that seemed capable of becoming greater than the sum of its parts, all intelligent movement and blessed with a level of spatial awareness that could feel at times like a sixth sense, able to pick out a pass or find an angle to shoot that didn’t even seem visible to others. His departure to Italy in January 2020 felt like a significant chapter in the post-2019 Champions League tail-off that culminated in the sacking of Pochettino. The winding-down of An Era.

Ironically, the game that springs immediately to mind when I recall that period of his career doesn’t involve Tottenham Hotspur. Ireland had reason to be optimistic, going into the second leg of their 2017 World Cup play-off against Denmark, having ground out a 0-0 draw in Copenhagen in the first leg. That confidence swelled when they took an early lead, but that night in Dublin, Christian Eriksen turned them inside out. After a somewhat fortuitous equaliser, Eriksen chipped in with a hat-trick in 40 minutes, the first a chip off the underside of the crossbar, the second a low, diagonal shot across the goalkeeper, the third a drive into the top corner like the gates of hell slamming shut. He was, to use a buzzword, ‘unplayable’, that night.

When he collapsed during the Euro 2020 match between Denmark and Finland, my world instantly fell into slow motion. A sudden pain grew in the pit of my stomach. I could feel my heart beating in my throat and felt breathless. As the television cameras continued to linger on the drama playing out on the pitch in Copenhagen, I had to switch the television off and go pace around the garden, anxiously refreshing Twitter for updates. One way or another, what was going to happen was going to happen, but I didn’t want or need to see it playing out live on the television, and I wasn’t the only person to feel that way.

Eriksen survived, but at an obvious cost. Having been fitted with an ICD (Implantable Cardioverter Defibrillator), he considers himself to be ready for a return to playing but he was unable to do that in Italy, where stringent rules prevent athletes from participating in sport if they are considered to be at increased risk of sudden cardiac arrest, all meaning that he could never hope to resume his career with Internazionale. His contract with the club was cancelled by mutual consent a week before Christmas.

Premier League rules on players with cardiac issues are different to those in Italy, so a return to England in some form or another was always a possibility, and Eriksen’s decision to return to Denmark to train with his first club OB Odense meant that Brentford were always a plausible choice for his return, on account of Brentford manager Thomas Frank having spent four years as the coach of the Danish under-17 team between 2008 and 2012.

It’s reasonable to say that Brentford could do with the creative spark that he could offer, too. After a superb start to the season which saw them rise as high as seventh in the table, they’ve only won three Premier League matches since the start of October and have dropped to 14th. They’re still ten points above the relegation places and the likelihood of those below them overhauling them remains remote, but football can be a game of momentum and Frank will be fully aware of the importance of maintaining it; many promoted clubs have suffered ‘second season syndrome’ over the years.

This return is, of course, complicated. Eriksen has responsibilities outside of football. He’s a father of two young children, and no-one would argue that his health shouldn’t come before any considerations over his playing career. As such, he will have undergone extensive medical examination, and it can only be presumed that the risk factor is comfortably within acceptable boundaries. It’s a risk assessment that ultimately only the player and his medical team can agree.

And in a way, there is a small part of me that is a tiny bit disappointed. For one thing, I know fully well that ‘getting the band back together’ is often a bad idea, and for all I know Eriksen might not even have wanted to speak to them, but there remains a tiny, sentimental part of me that wishes for him to return to Spurs, even in a coaching capacity, if playing didn’t turn out to be possible.

And although Brentford are the only club understood to have made a concrete offer for his services, Leicester, Crystal Palace and Fulham have also been linked, and there remains the prospect that Newcastle might decide to gazump whatever other offers are made for him. Well, would you want your favourite player going there? This is why I keep players at arm’s length in the first place.

But he survived, and that’s what really matters. It’ll be good to have him back, no matter where it is, but that is unimportant in comparison with the fact that he is alive and seemingly healthy. At a time when football’s self-importance occasionally seems to know no limits, the return of Christian Eriksen to the Premier League would be a good news story for all.