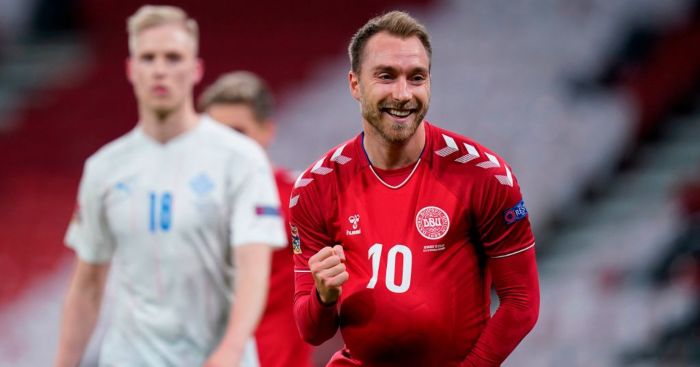 Inter Milan are exploring a possible swap deal that would see former Spurs playmaker Christian Eriksen join Arsenal with Granit Xhaka heading in the other direction, according to reports.

The Denmark star has struggled to impress Inter coach Antonio Conte since moving to the San Siro from Spurs in January.

Eriksen has started only three of seven Serie A matches this term and it was reported that Inter were willing to allow the playmaker to leave the club on loan at the end of the transfer window.

Spurs are said to be monitoring their former star’s situation and Eriksen recently warned Conte that he expects more playing time.

And now Corriere dello Sport (via Sport Witness) claim that Inter are on the lookout for a more defensive option with Gunners midfielder Xhaka providing an interesting option.

Corriere dello Sport say ‘there are at least a couple of intermediaries who are probing the availability of Premier League clubs to set up an operation’ for ex-Tottenham man Eriksen, with Arsenal one of those sides.

The report adds that ‘wearing the Gunners shirt would allow him to return to ‘his’ London and perhaps allow Inter to have a technical counterpart of great value’ in Swiss international Xhaka.

The arrival of Thomas Partey from Atletico Madrid in the summer means Xhaka ‘is no longer the immovable player of the past seasons’ with the 28-year-old starting five of the Gunners’ eight Premier League fixtures this term.

His reduced playing time and the addition of Partey is a ‘clear signal that it could push him to reflect on his future’.

The report continues by claiming ‘the exchange is the idea of one of the intermediaries, but it could become something more concrete in the short term’.