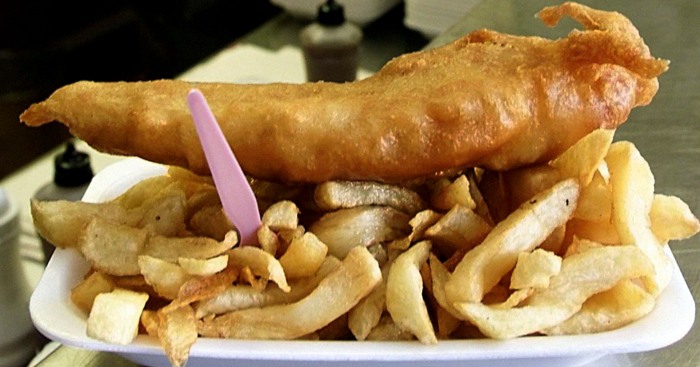 This short essay will spell out how the modern era of sports science has done little for the game and why English football needs more fat players.

Big-boned, tubby, larger-than-life, call them what you will. This ain’t fat shaming, it’s fat reframing; it’s fat-reclaiming the game for the players that can do a belly-shaking drag-back on chips ’n’ gravy. We want a return to the days when men were men and those men could eat a full Viennetta.

Just turn on the Premier League and see for yourselves – an army of 6% body fat lean-machines lining up in the tunnel like a General Grievous droid platoon. These are teams full of double-barrelled clones with 28-inch waists, on the way to running a marathon in a game that’s supposed to be about moments.

Jay-Z rapped about 8 Miles and Runnin’ but football needs more Buster Bloodvessels to make a special brew. What is the actual point of running around so much when you should be reserving your energy for languid skill and kicking the ball in the back of the net? Everyone’s fizzing about at speed, from the Premier League to Plainmoor Torquay, all GPS vests, herbal shakes and shanking it into the stands. The standard is no better since ketchup was banned; there’s been no increase in joy, no surplus of net-busters and fewer players with smiles on their faces. Maybe they are just hungry?

Football’s not so much fun anymore. We are watching mid-level superheroes from the tenth film in a Marvel franchise and falling asleep in our popcorn. To feel, you need to identify, and how can you identify with someone who can stop after the first Pringle and who doesn’t know what a bag of Smith’s Scampi Fries tastes like? The best players are the ones that look like us but are simply better at football and that’s what the sport’s lost, that connection from the front of the crowd, who could pat a podgy player on the back and then chant that soon-to-be-forgotten chant of “you fat b**tard”.

Think 34-year-old Jan Molby, the Rolls Royce tub ‘o’ lard, strolling around the Wembley pitch for Swansea in the 1997 Third Division Play-off Final, the epitome of letting the ball do the work. “Here mate you have it; I’ve played for Ajax at the De Meer.” Molby, the walking Sunday lunch, passing wind and absolute mustard.

Matt Le Tissier was aggrieved by jibes at his weight – he’d ponder it over pre-training drives for sausage and egg McMuffins before destroying Tim Flowers on a Saturday from range. Le God wasn’t divine on the back of kale and buckwheat; he did it on Maccy D’s. And why the hell not? Does it really matter so long as you do the business?

Arsenal won the 1989 First Division with a drinking culture but were still sharp in the last minute of the last game v Liverpool, even with their ‘Tuesday Club’ boozing. Ray Parlour had to apologise to the people of Hong Kong after throwing prawn crackers at a taxi driver on the back of a conservative estimate of 12 pints of lager, but is still known as the Romford Pele. The Tuesday Club could eat too. It’s worth spelling out like a 90’s vidiprinter that Steve Bould got through 9 (nine) meals after a match and it really didn’t matter that much.

Blame Arsene Wenger, Christian Gross and Dr Josef Venglos for diet replacing dinner. They probably weren’t entirely at fault but somebody needs to take the blame for making football a sports science rather than 11 idiots running around and surprising you when they do something right. We need more surprises and less science. We need panting players, tired from the warm-up, banging one in top bins just to catch a breath and in doing so, leaving the crowd breathless.

We need Yorkie Bar players rather than Mikado biscuit stick-kickers. We need nauseous pre-season runs dreaded by tubsters carrying a bit. We need physios lobbing on Yazoos. We need footballers that look like your uncle with the pasty problem. We need to talk about Keema naans. We need to slow the f*** down for a minute.

Modern football might have pinched a tiny bit of improvement from the average player with its obsession with leanness and strength, but this January of all Januarys, we have to ask whether not eating all the pies is really worth those marginal gains.