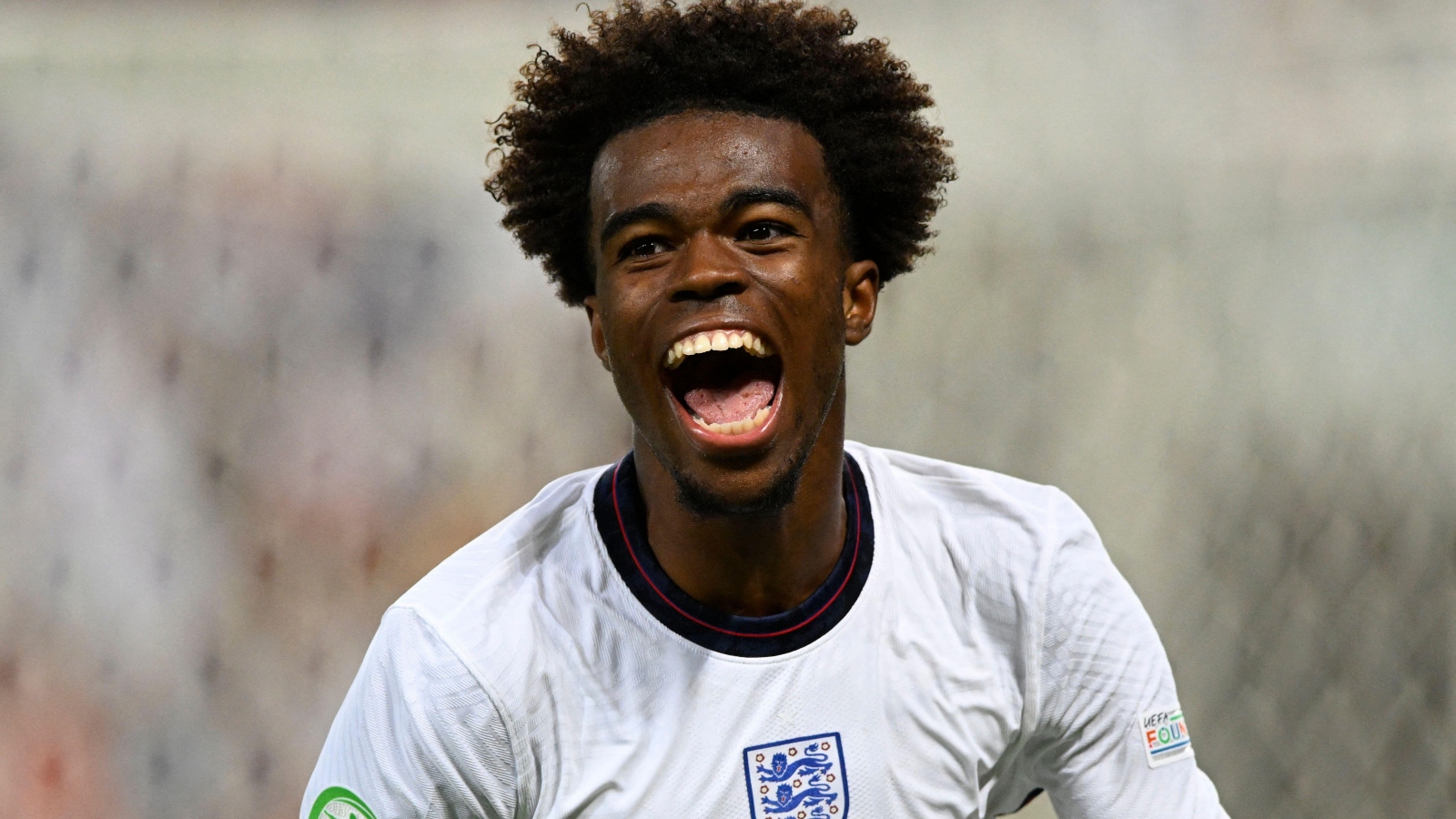 Aston Villa youngster Carney Chukwuemeka is not intending to sign a new contract at the club, according to reports.

The 18-year-old is out of contract next summer and is attracting a lot of interest.

Numerous clubs across Europe, including Borussia Dortmund and Barcelona, are contemplating making a move for the teenager, whilst Premier League trio Leeds United, Newcastle United and Arsenal have also been linked.

Chukwuemeka appeared 12 times in the Premier League last term – only starting twice – and is eager to play more first-team football.

According to Sky Sports, Aston Villa are ‘becoming increasingly frustrated by the situation’ and are willing to part with the player this summer for around £20million.

The report claims that Chukwuemeka has ‘no interest’ in renewing his deal at Villa Park, however, Dortmund have ‘cooled’ their interest after enquiring about signing him.

The England under-19 midfielder was ‘keen’ to discuss a move with Dortmund after seeing England duo Jadon Sancho and Jude Bellingham thrive for the German side.

He will be free to negotiate a pre-contract with foreign clubs in January and will cost less than £500,000 in compensation next summer.

Villa boss Steven Gerrard still has Chukwuemeka in his plans, however, the youngster was left out of the club’s squad for their current pre-season tour in Australia.

Carney Chukwuemeka not interested in talking contracts with #avfc currently, as he decides future. Still part of Gerrard’s plans, but 18yr old wants more guaranteed 1st team football. Dortmund interest has waned, which Carney was keen on. Plenty of others still keen.

The 18-year-old’s immediate future is currently up in the air, though if he does leave, Chelsea midfielder Ross Barkley could move to Villa Park, as per CBS Sports reporter Ben Jacobs.

Jacobs told EFC Daily on Wednesday that Barkley has been “offered” to both Everton and Villa.

The 28-year-old came through the Everton youth system and joined Chelsea for around £15m in 2018, five months before becoming a free agent.

He spent 2020/21 on loan with Villa, helping the Midlands club finish 11th in the Premier League.

“Ross Barkley is available, and Frank Lampard believes he still has huge potential. Barkley is only 28 and hoping to find a club that plays to his strengths,” Jacobs said.

“During his first Everton spell he contributed with far more goals than at Chelsea, where his game-time has been limited for the past few seasons. Everton and Aston Villa have both been offered Barkley. The reason for this is Chelsea want to get Barkley off the wage bill.”